How Covid-19 limits are killing my business - Cafe Deli owner

• Cafe Deli restaurant owner Obado Obadoh says Kenya is not big on takeaways, the only thing allowed as a Covid-19 precaution against crowding.

• He wants restaurants open to self-regulate. Staff has taken a pay cut. 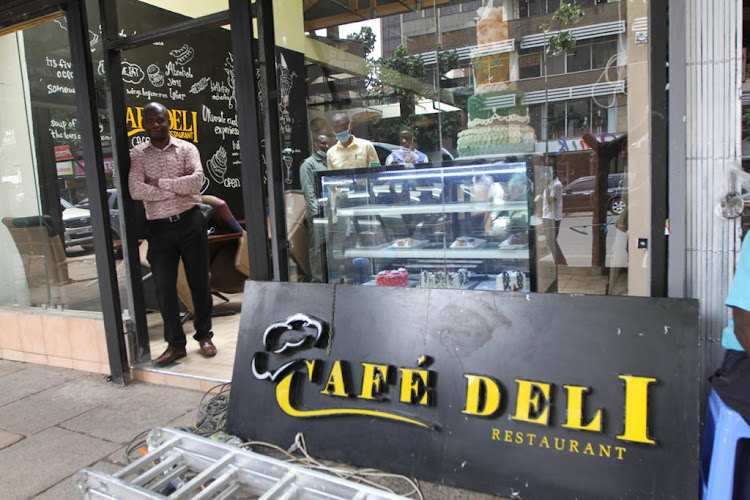 Social distancing, regular hand washing and wearing of masks had become the new normal and many entrepreneurs, Obadoh included, had high hopes business would improve.

Then came the third wave of Covid.

New guidelines prohibit anything except takeaway services. Evening curfew was shortened from 10pm to 8pm.

Now, business owners are groping in the dark, uncertain of what the next day holds. Obadoh is just one of many restaurant owners.

The owner of the trendy, upscale eatery told the Star he is struggling to maintain the three branches in Nairobi's CBD, despite tighter new restrictions.

"The initial closure had hit the hospitality industry so hard. It marked the end of many restaurants," Obadoh said.

"When at first the President allowed restaurants to operate and stated that people will have to live with the disease, we knew that meant taking individual responsibility. We strictly enforced the measures," he added.

He spaced tables, provided for hand washing and sanitiser, took temperatures and insisted no mask-no entry. 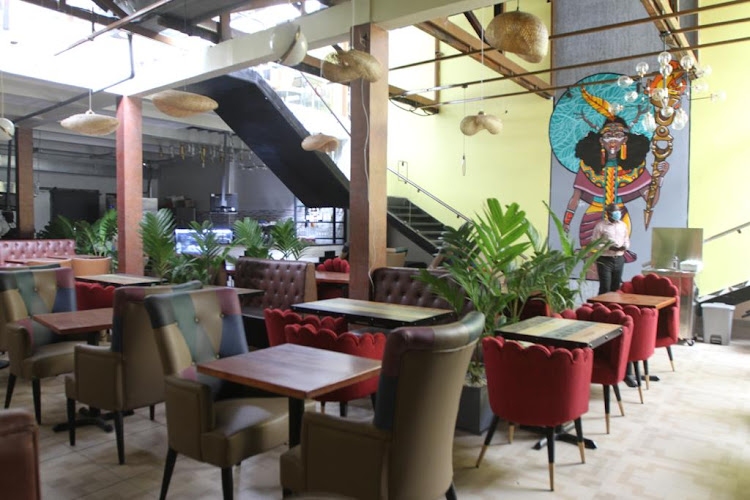 Cafe Deli has three branches all in Nairobi's CBD. Obadoh said he was taken by surprise by the tighter measures on March 26.

"Whereas the measures will have adverse effects on the economy and constrain our usual way of life, they are temporary, necessary to contain the spread of the disease and therefore stop further loss of lives," President Kenyatta said.

The impact of these adverse effects are probably not commensurate with how the new measures are intended to help stop the virus spread, he said.

"While they are well intended, these guidelines might edge out many local SMEs. The survivors might only be those with great financial muscle who can shield their businesses for a long time," Obadoh said.

"Cafe Deli is a local brand that competes with international counterparts. I am forced to take very extreme measures to cushion my business," he explained.

Takeaway services, he said, are not popular.

"Many people misunderstood the President and assumed the 8pm curfew  would begin the same day.

That evening, we barely had customers," he explained. Sales dropped from a good level to 10 per cent the next day. Currently sales are less than five per cent.

Whether he opens or not, and if business is good or bad, Obadoh still has to pay rent and pay his employees.

"As a country, we are not big on takeouts. We barely make enough yet most bills, salaries and rent remain constant," he said.

The 8pm curfew means business hours are greatly shortened as people rush to leave the CBC, the location of all his restaurants, to get home before 8pm.

"By 4pm, people are rushing to leave town to beat curfew, and so are my employees. That means we have to close early," he explained.

Like many employees, Obadoh had asked his employees to take a pay cut which he restored when restaurants were allowed to operate again.

"It was a tough decision for me to make," he said.

"For some people, a pay cut as little as 10 per cent changes their lives completely. I sometimes have to chip in and help some of them," Obadoh said.

When Covid-19 protocols were first announced in March last year and restaurants closed, Obadoh said he was forced to write to his creditors to agree on rescheduling loan repayment.

"When the economy was reopened, it was time to repay. I was well on the repayment journey before we were slapped with the additional rules, shuttering all our plans," he said.

Cafe Deli Moi Avenue branch that had just been reopened had been closed down in July last year following a fire, adding to the pandemic woes.

The restaurateur said he is stuck as he had not finished paying  construction workers, suppliers and the bank from which he borrowed money to rebuild.

Obadoh hopes President Kenyatta will allow restaurants to operate again soon, saying eateries had adhered to the rules, most of which were part of operations, anyway.

"Some guidelines like hand washing are part of our professional standard operating procedures. We have heightened the enforcement and expanded it to ensure our clients do the same.

"We thank God because, despite regular testing, none of our staff has contacted Covid-19," Obadoh said.