Currently there are serious challenges with the Paediatric ARV regimen.

•Many people living with HIV are given less than the expected dosages in small polythene papers when they go for their refills. 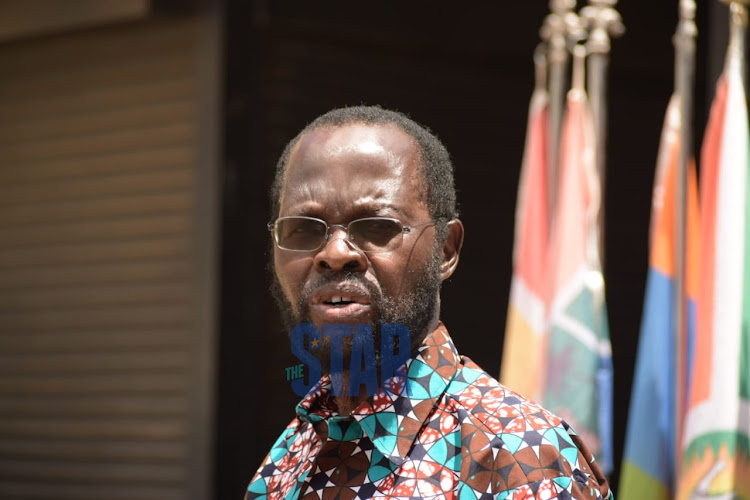 Council of Governors Health Committee Chairperson Anyang Nyong'o speaking to journalists during a press briefing on County Governors response to the Covid-19 Pandemic at Delta Corner on April 7, 2021./ CHARLENE MALWA

The Council of Governors have resolved to convene talks with Treasury, MoH and the AIDS control agency to discuss prevailing ARV shortages.

The council will convene an urgent intergovernmental meeting on April 12 between the National Treasury, MoH, Nascop and other relevant stakeholders for long-term measures.

In a statement on Wednesday, the health Committee chairman Anyang' Nyongo said the meeting resolved that ARVs have to be availed to the people urgently since there are counties with no HIV commodities.

This therefore means that the viral suppression of the people who are taking ARVs is compromised and increases their chances of dying due to HIV related complications.

Currently there are serious challenges with the Pediatric ARV regimen.

The component of this regimen called KALETRA is missing in totality in the Country.

This means that children are not accessing the full range of ARVs which will lead to treatment failure among the children.

"...the meeting has requested Nascop to provide guidelines directing the inclusion of NEVIRAPINE into the Pediatric regimen," Nyong'o said.

About 106,807 children below 14 years are living with HIV, but only 72,968 are on treatment, according to the National Aids Control Council. That number is expected to rise.

The shortage has especially affected Dolutegravir, whose sweet tablets for children had been announced in December.

Most common pediatric drugs include a syrup that is 40 per cent alcohol, and has a bitter metallic taste that lingers for hours.

Lack of drugs for adults could also lead to more babies born with HIV.

This comes after USAID, that sponsors the commodities, eschewed Kemsa and sent ARVs and test kits to Kenya through a private US company, Chemonics International.

As a result, a Sh1.1 billion consignment has been lying at the port since January 18 after being slapped with a Sh90 million tax bill.

USAID also wants to establish its own, parallel drug distribution system in Kenya through Chemonics instead of using Kemsa.

Many people living with HIV are given less than the expected dosages in small polythene papers when they go for their refills.

However, Health CS Mutahi Kagwe said they had resolved the standoff that had left the country staring at a crisis of Anti-retroviral drugs (ARVs) shortage.

Kagwe said the stalemate has been resolved and the essential drugs cleared for distribution.

Kagwe stated that the current scenario was not anticipated and that the Government only got to know about the likelihood of delayed supply late in January.