•He told the Senate Standing committee on Roads and Transport that the full compensation in the Eldoret Town Bypass is Sh3.5 billion, which has already been remitted to Kenya National Highways Authority. 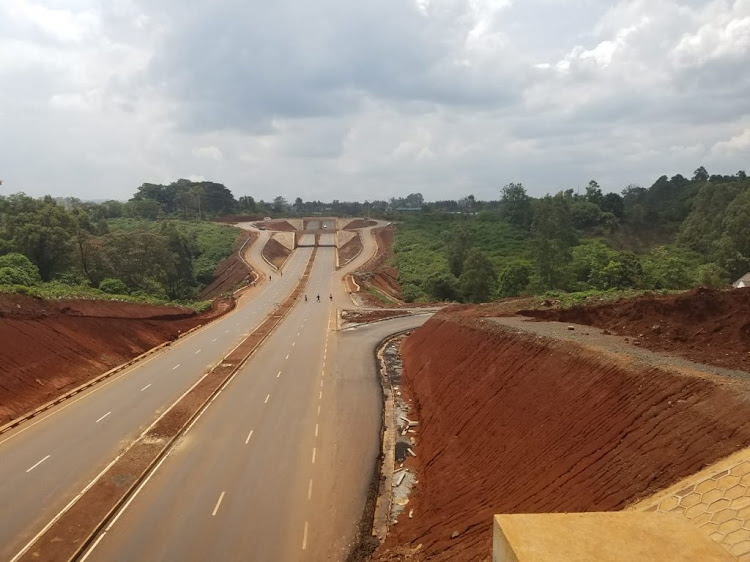 The government will spend over Sh16 billion to compensate people who will be displaced by three major road projects across the country.

He told the Senate Standing committee on Roads and Transport that the full compensation in the Eldoret Town Bypass is Sh3.5 billion, which has already been remitted to Kenya National Highways Authority.

The Sh2.9 billion was paid to 823 affected persons, who vacated the affected land, he said.

“The contractor has been granted access to 27.296 kilometres of the total right of way of 32 kilometres, which represents 85 per cent of the required wayleave. The remaining 4.7 kilometres should be availed by May 2021,” he said.

“In preparation for this exercise, a consolidated compensation schedule amounting to Sh10, 524, 292, 866 was submitted to Kenha by the National Lands Commission,” he said.

The CS however said the schedule was incomplete as it did not include some parcels of land required at Gitaru for the interchange with the Southern and Western bypasses, some structures that were affected partially along the wayleave and some addendums along the road. “The NLC is addressing these issues,” he told the committee.

James Gichuru Junction-Rironi Highway project started in August 2017 and was to be completed within 36 months.

Macharia said Kenha has so far remitted Sh9.7 billion to the NLC for onward payment to the affected persons.

“These payments have in some cases been delayed due to budgetary constraints and family disputes affecting some land parcels,” he said.

The CS further said a compensation schedule amounting to Sh694 million has been submitted to Kenha by the NLC for the compensation of people displaced by the Kibwezi-Athi-Mutomo-Kitui-Migwani Road.

“However, we noted some errors in this schedule, including double compensation and overvaluation of structures. NLC addressed these issues and submitted a revised schedule of Sh1.9 billion in March 2021,” he said.

The Kibwezi-Athi-Mutomo-Kitui-Migwani Road is set to ease traffic flow from Mombasa via Kibwezi, Kitui to Moyale.

Upgrading of the road, which is part of the Northern Corridor Transport Improvement Project, to bitumen standard has been ongoing since August 2017.

Macharia said they have been making compensation based on the availability of funds.

“If we wait to get all the money for us to embark on compensation, then this project may collapse,” he explained.