'AT HOME AND RECOVERED′

Meru health boss downplays fears that Kiraitu is in danger

Says some people had mistaken the governor's silence for worsening health after he tested positive for Covid three weeks ago.

• Speaking on Tuesday to the Star on phone, Mutuma said the governor was confirmed Covid-19-negative and he is healthy only that he had not returned to his official duties.

• The Health executive also urged the residents to adhere to Covid-19 protocols to reduce further infection. 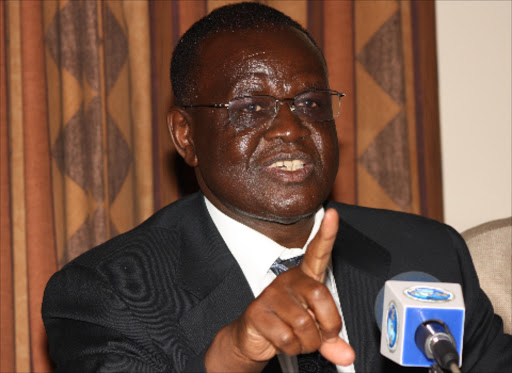 Speaking on Tuesday to the Star on the phone, Mutuma said the governor was confirmed Covid-19-negative and he is healthy, only that he had not returned to his official duties.

He said some people had mistaken the governor's silence for his health getting worse after he tested positive for the virus three weeks ago.

“He is at home and recovered after testing negative for the virus. He will be back to duties from Monday,” Mutuma said.

He also urged residents to adhere to Covid-19 protocols to reduce further infection.

“I want to advise all the Meru residents to take all the precautionary measures outlined by the health department,” Mutuma said.

He said the county government has started rolling out vaccination in every sub-county.

“I am going to inspect how the vaccination is going on. I am told the queues are very long as people are getting the jab,” he said.

Mutuma said he was on his way to Nyambene Hospital, Muthara and Meru Level Five to inspect the exercise.

“We might be exhausting the vaccines we had. We are requesting more. People have accepted to get the jab since the day President Uhuru was vaccinated and they are turning out in very large numbers,” he said.

The health executive also arrayed fears that the 6,000 AtraZenecca vaccine doses are getting exhausted as people have been turning out in large numbers to receive the jab.

“Meru was targeting to inoculate 3,000 people in the first phase of the drive with about 6,000 doses,” the officer in charge of the exercise, Hallan Mururu, had said.