•On April 3, the IMF approved a Sh255 billion loan for Kenya which the Treasury says would be used to support the next phase of the Covid-19 response and address the urgent need to reduce debt vulnerabilities.

•Kenyans have consistently protested the loan citing lack of transparency in government spending. 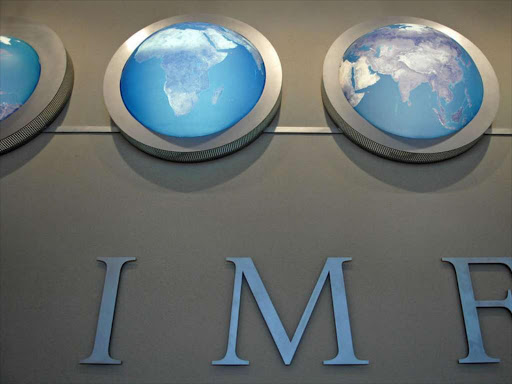 Kenyans on Tuesday flocked to the comments section during a live streaming by the International Monetary Fund demanding immediate termination of loans facilities to the country.

With a common hashtag, #stoploaningKenya, Kenyans urged the international lender  to "stop fueling corruption through loans".

On April 3, the IMF approved a Sh255 billion loan facility for Kenya which the Treasury says would be used to support the next phase of the Covid-19 response and address the urgent need to reduce debt vulnerabilities.

An initial disbursement of Sh79 billion is expected, of which Sh34 billion will be released immediately and Sh44.2 billion by June 30.

Treasury Cabinet Secretary Ukur Yatani said said the country pursued the facility as the early measures announced by the government to the effect of tax reliefs, expanded health spending, and social interventions such as Kazi Mtaani set forth the need for additional cash.

Majority of Kenyans wondered why the IMF approved the loan request at a time the country is already burdened with debt.

It was on Thursday, just a day before the loan was approved that the latest study by Infotrak suggested that most regions are opposed to the government appetite for foreign loans, the President Uhuru Kenyatta's backyard being the most resentful.

The survey said 81 per cent of Kenyans feel anxious, fearful or angry because of the debt burden.

According to the 2021 Budget Policy Statement, Kenya's public debt as of June 2020 stood at Sh7. 6 trillion, equivalent to 65 per cent of GDP.

According to the report on Ethical Development released last Wednesday, most Kenyans are concerned that future generations will be saddled with the debt and will have to repay it for a long time.

Others feel the country will not be able to pay back and hence be embarrassed for years or worse, lose National resources , facilities and installations.

Former Mukurweini MP Kabando wa Kabando said the country had gone back to the days of Kanu when the government was dependent on loans.

Citizens question why government is heavily reliant on loans
News
1 year ago
Post a comment
WATCH: The latest videos from the Star
by SHARON MAOMBO Business Writer
News
06 April 2021 - 21:28
Read The E-Paper