They allegedly allowed banned meetings to proceed in their areas of jurisdiction. 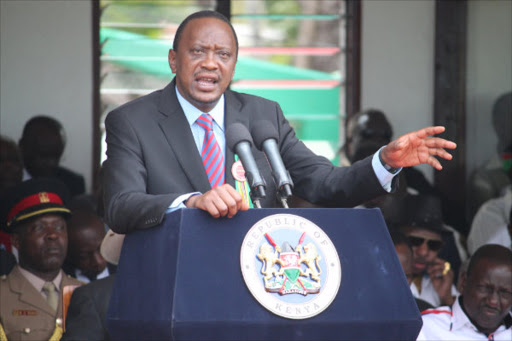 A deputy county commissioner, his assistant and two chiefs in Homa Bay county have been interdicted for failing to enforce the Covid-19 regulations.

Interior and national coordination ministry said the administration officers were sent home on Tuesday for failing to enforce the containment measures by allowing gatherings in their areas of jurisdiction.

“These containment measures were put in place to help manage the pandemic. Government officials who are supposed to implement them must work hard on the same,” he said.

They will get a fair hearing, officials said. The officials are supposed to monitor the number of people attending funerals, weddings and any other gatherings in their areas of jurisdiction.

The numbers are capped at 50 and meetings must be short. Churches and mosque services have been suspended. Hotels and restaurants were closed and ordered to offer takeaways only.

A curfew and partial lockdown were introduced in Nairobi and four other counties  for 30 days from March 29. This has seen major operations suspended or scaled down.

President Uhuru Kenyatta announced the partial lockdown and instituted new curfew measures to start from 8pm to 4am.

The other four counties affected by the lockdown are Kiambu, Nakuru, Machakos and Kajiado.

“This tells us that our rate of infection has gone up 10 times between January and March 2021. Indeed, it is a clear indication of a new trend, that now Kenya is squarely in the grip of a third wave of the pandemic,” said Kenyatta, adding that the peak is likely to flatten by mid-May.