Suspect was drinking with others during curfew. 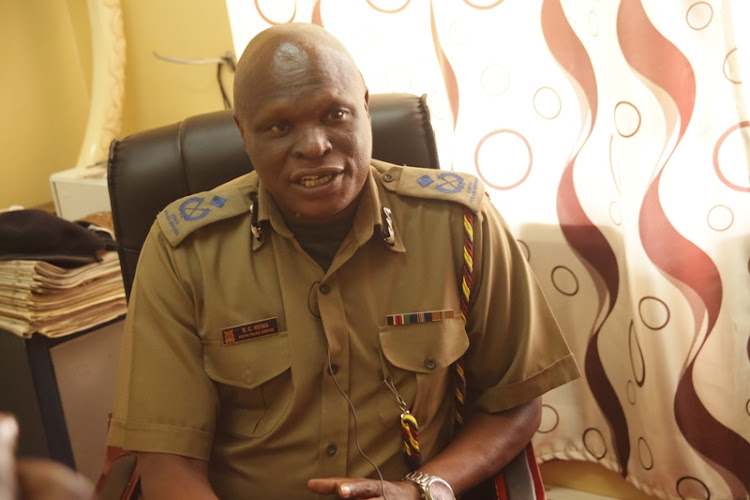 The Administration Police officer attached to Bartabwa AP camp reportedly stabbed Reuben Cherutich, 43, of Three-Ways bar after a quarrel at 1am.

“The suspect has been arrested and he will be arraigned as soon as possible to answer murder charges,” county police commander Robinson Ndiwa said.

Ndiwa said there were enough witnesses and evidence.

"... so we don’t need more time as police to investigate the matter. The suspect will have to carry his own cross,” he said on Tuesday.

The suspect is said to have been in accompany of other revellers drinking past the 10pm curfew.

“They picked a brief quarrel and fought before the officer pulled out a knife and stabbed him in the neck,” Ndiwa said.

Cherutich succumbed to his injuries as he was being taken to hospital.

Witnesses recorded their statements at Kabartonjo police station on Tuesday.

“It is so unfortunate that our people dying but the government seems reluctant to close bars and local brew dens” Aengwo said.

Following the murder, Ndiwa ordered closure of all bars by 8pm in Kipsaraman centre in adherence to the set Covid-19 protocols.

“It is shocking to note a day hardly passes before a murder or a suicide case is reported in Baringo North. It could be due to the increased stress level among families” he said.

He, however, called on residents to find alternative ways of solving disputes.

At least three people have been killed in the area since July last year.

In July last year, the body of a 75-year-old woman was found after being spotted in a local bar the  previous evening.