Four still hospitalised, 35 have recovered and the rest are under home-based care. 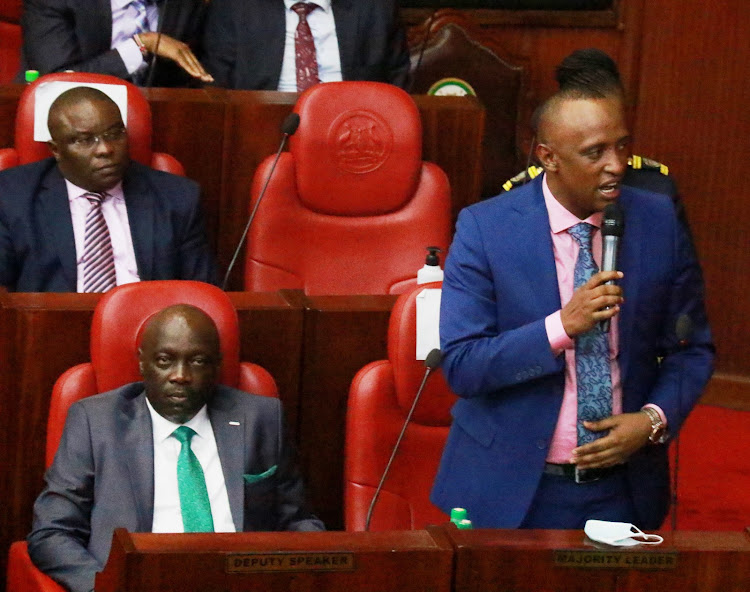 He spent almost three weeks in isolation at home after testing positive on March 19.

The Majority leader on Tuesday moved a motion of adjournment, saying the house was greatly affected by the pandemic.

He said about 50 MCAs contracted Covid-19, with at least 35 having recovered. However, four are hospitalised (two on oxygen support), while the rest are under home-based care.

“One of my close friends told me he had contracted the virus, so that is how I ended up going for a test. I contracted Covid-19 about three weeks ago and, unfortunately, some of my family members, including my wife, were infected. However, we were all asymptomatic,” Guyo narrated.

He said that while in isolation, he did not use any medication but focused on a healthy diet, regular exercise and reading the Quran.

"I also took the time to rest because as the Majority leader you rarely rest as your attention is always needed in many assembly businesses, not forgetting that MCAs who expect you to be at their service from time to time,” he said.

Guyo urged city residents as well as his colleagues not to shy away from revealing their status if they have contracted the virus.

“I don’t see why people shy away from revealing their status. If you care about your loved ones and colleagues tell them if you have contracted Covid. That way they can take the necessary measures to deal with it,” he said

"I’m lucky enough to have a good friend who revealed to me his status and I acted immediately. That is why I'm now talking about it after being declared Covid-19 free on Saturday."

Uhuru asked Parliament as well as county assemblies within the five disease infected counties of Nairobi, Kiambu, Kajiado, Machakos and Nakuru to go on recess until further notice.

Committees will continue sitting virtually but no plenary session will take place within the chambers.

“If there is important business we can call for a special sitting, but other than that MCAs should keep off the assembly,” Guyo said.

About 80 per cent of assembly staff will work from home with only essential officers allowed within the assembly precincts. 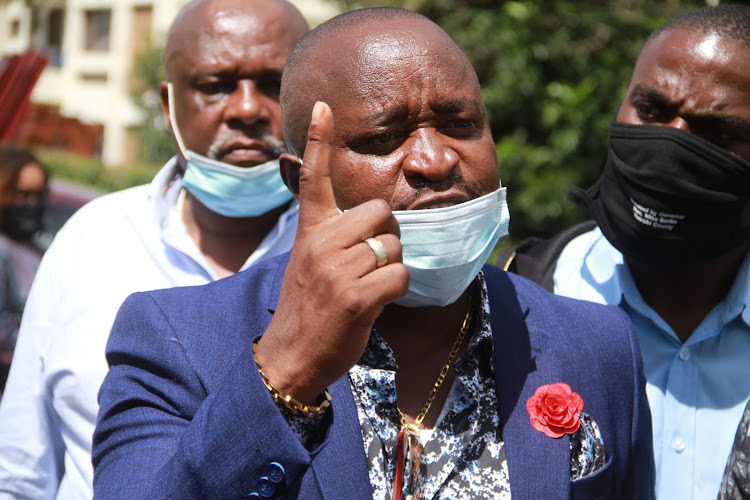 Unlike Guyo who recovered without developing symptoms, Health committee chairman Peter Warutere said he experienced hell when he tested positive for Covid-19 in India.

He said he had taken a colleague for medical treatment. “We had tested negative for Covid about two weeks ago before leaving for India but when we arrived we started having some symptoms. I suspect we contracted the virus either on air or at the hotel we stayed in,” Warutere said.

Without naming the hotel, the legislator said the staff were not observing the Covid-19 measures  including sanitising and putting on masks.

Warutere said together with his colleague he had to go for isolation. “Contracting Covid-19 in a foreign land can easily kill you because none of your loved ones is around to support you. My body temperature shot to almost 40," he said.

"Although I was under medication, I lost 7kg while I was in India within two weeks since  I could not eat because the food there is too spicy. Now I am eating a lot to regain my lost weight,” he said.

The health chairman said after turning negative, he jetted back to Kenya on Monday. However, the other MCA is still in India undergoing treatment.

“I almost kissed death and all I can say is I’m lucky to be back home alive and Covid -19 free,” Warutere said.