Nakuru overwhelmed by demand for oxygen in hospitals

Official says the county's oxygen plant has been forced to outsource from its facility in Siaya.

“The Hewa Tele plant which we jointly run with a private company has been overwhelmed by the rising demand due to the rising numbers of people suffering from Covid-19,” Kariuki said. 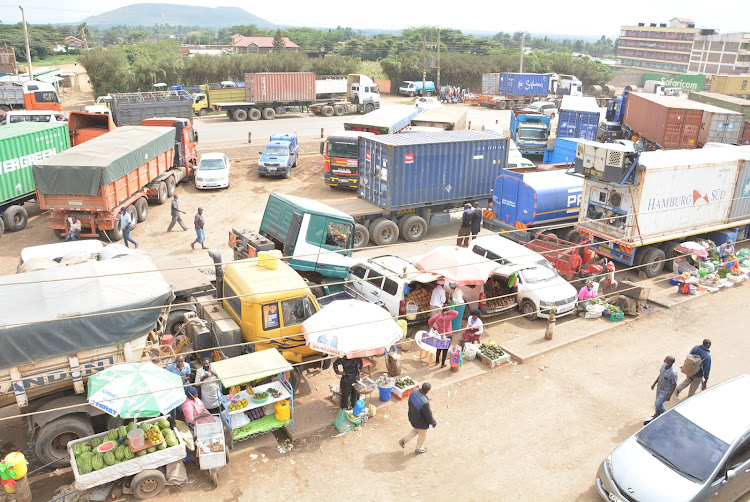 Trucks in Mai Mahiu town as drivers wait to be tested for Covid-19
Image: GEORGE MURAGE

The Nakuru government has admitted it is overwhelmed by the growing demand for oxygen in both public and private hospitals due to rising cases of Covid-19 patients.

As a result, the Hewa Tele plant that is a joint venture between the county government and a private entrepreneur has been forced to seek more supply from its sister plant in Siaya county.

The revelation came barely a week after Governor Lee Kinyanjui admitted that the county was overwhelmed by the rising number of Covid-19 patients.

He said all the ICU beds and isolation centers were filled up.

Health executive Gichuki Kariuki said the demand for oxygen was on the rise.

He said the oxygen plant in Nakuru had been forced to outsource the balance from its facility in Siaya.

“The Hewa Tele plant which we jointly run with a private company has been overwhelmed by the rising demand due to the rising numbers of people suffering from Covid-19,” Kariuki said.

He said the plant was also supplying oxygen to private hospitals.

“The county is doing everything possible to assist those affected by the pandemic and we are calling on residents to follow the health protocols to curb the spread of this virus,” he said.

The executive said the county was also overwhelmed by the number of people seeking the Covid-19 jab.

The numbers of those seeking the vaccine had tripled in the last one week after two weeks of poor turn-out across the country.

“We have seen the number of persons seeking the vaccine rise sharply in the last one week and we are doing everything possible to have them vaccinated,” Kariuki said.