Issuance of Embakasi Ranch titles put off over Covid rules

• Lands Cabinet Secretary Farida Karoney in a public notice said the exercise scheduled for April 12 was put off to comply with the revised Covid-19 control protocol. 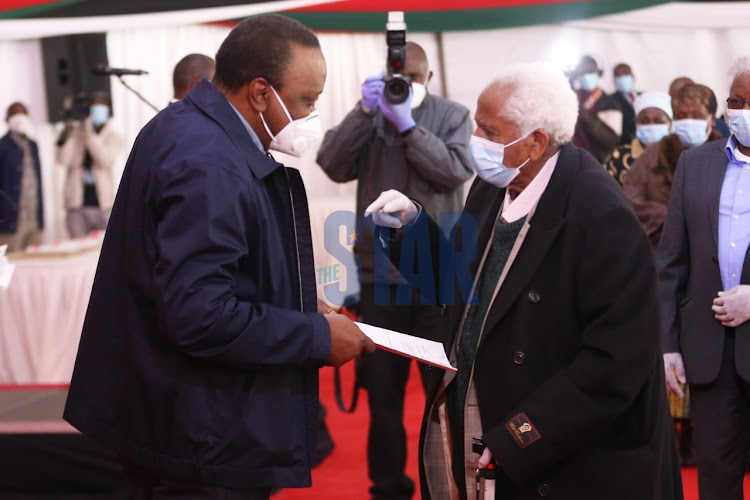 Embakasi Ranching Company shareholders will wait longer for their title deeds after the government on Sunday postponed the issuance of the documents.

Lands Cabinet Secretary Farida Karoney in a public notice said the exercise scheduled for April 12 was put off to comply with the revised Covid-19 control protocol.

The titling at the Embakasi Ranch commenced last year in September.

Karoney had noted that the slow pace of issuance of title deeds at the company was due to a lack of original and proper succession documents by some landowners.

“One of the challenges we have faced is the lack of proof of ownership ... We urge all landowners to work with their lawyers to get the proper documents so that we can fast-track the processing of their title deeds,” she said.

The CS added that the ministry is capturing the biometric data of the landowners as part of the ongoing digitalisation process.

The titling, which is being conducted at the Embakasi Ranching Company offices in Ruai, was launched by President Uhuru Kenyatta at the KICC in August last year.

The 24,000-acre ranch was acquired by the company 45 years ago. Members are mainly from Nairobi, Kiambu and Murang’a counties. Some have since died.

President Kenyatta cautioned the title deed holders against being duped into selling their properties.

“When you get your title deed, please be careful not to be cheated to sell the land you’ve fought for all these years. Keep it and use it to help yourself, your children and your grandchildren,” he advised.

Had the shareholders been issued with the title deeds, the ranch would have been dissolved by February 2018.