Girl had been missing four six days, family appealed for justice, urged police not to relent

• The KCPE girl was found dead after she went missing from home for six days, failed to return from chemist.

• Her brother discovered the body badly burnt with acid. It was in a thicket near a water pan. 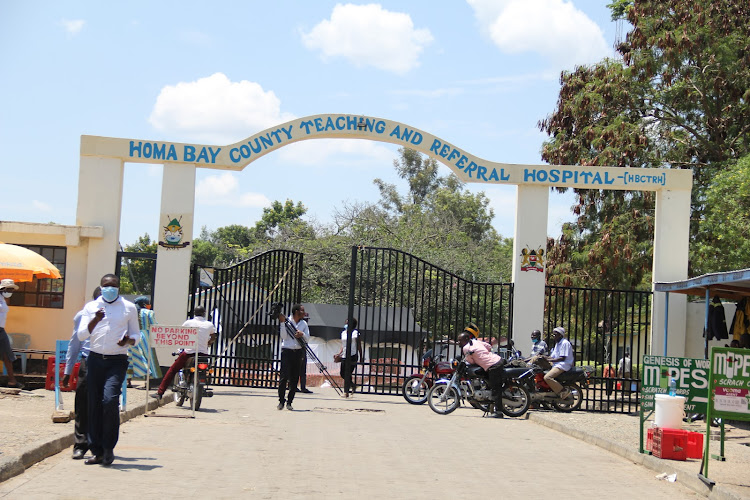 GRUESOME Homa Bay County Referral Hospital where the body of the girl was taken for a post mortem. is kept for post morterm
Image: ROBERT OMOLLO

The body of a 16-year-old girl badly burnt with acid has been discovered  in a thicket in Suba North.

Police said Marry Achieng probably had been defiled before her body had been dumped near Waiga water pan at Nyamaji location. The body and surrounding grass had been burnt with acid.

She had been missing for six days. The body was found on Sunday evening.

Girls in the area are said to be terrified because another girl was kidnapped and killed a year ago.

Marry had sat her KCPE exams at Got Rateng’ Primary School in the constituency.

“A medical officer at the dispensary confirmed the girl arrived and was given drugs. But she disappeared on the way home,” Ojwang’ said.

The family looked everywhere, asked everyone.

“We looked for her in all our relatives’ homes but we did not succeed. Her brother discovered her body,” he said.

The family appealed for support from the government and well-wishers to ensure justice is done.

“I have reported the matter to Mbita police. We want to know why someone decided to kill my daughter in this bad manner," Ojwang said.

Area assistant chief Charles Odongo said the use of acid raised suspicions that the girl had been defiled and the killer or killers wanted to eradicate traces of DNA.

“Her body seems to have been burnt using acid. It seems the suspects defiled her before murdering her,” Odongo said.

Suba North police commander Charles Mwangi said they are following  crucial leads to ensure the culprit or culprits are arrested.

“Our girls now live in fear of walking freely in the village because another one [girl's murder] also occurred last year," Nominated MCA Sophie Koweje said.

The minor’s body was moved to Homa Bay  ounty mortuary for a postmortem.