Legislating morality: Who decides? Where do we draw the line?

Duale wants more state powers to supervise what adults do, content they watch in confines of their bedrooms

• Under international law, pornography is not one of the types of expression that must be prohibited.

• Even if a state opts to generally prohibit pornography, this does not mean that the expression must be criminalised. Criminalisation is only reserved for prohibited speech, which has a high threshold. 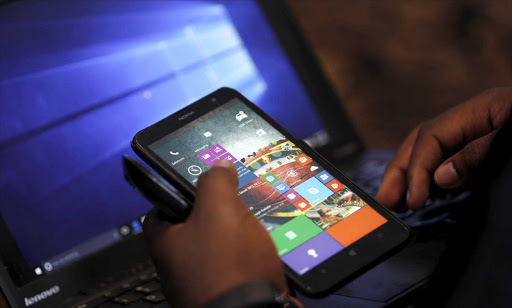 In its current state, the Computer Misuse and Cybercrimes Act (CMCA), 2018 is riddled with disproportionate content-related offences that are vague, ambiguous, permit the silencing of legitimate expression and are incompatible with international law.
Image: FILE

In Part III of the ‘Gagging Free Speech’ series, we examine the proposed amendments by Garissa Township MP Aden Duale to legislate morality.

In Kenya, ‘legislating morality has been equated with legislating citizens’ private consenting behaviour, often around matters regarding sexuality.

As a people who profess multiple religious belief systems and to whom the terms ‘family values’ and ‘but si it is tradition and custom’ carry societal weight, it is not uncommon to be bombarded with rhetoric that blurs the distinction between public and private morality.

PORNOGRAPHY: HOW FAR CAN WE LEGISLATE MORALITY?

In its current state, the Computer Misuse and Cybercrimes Act (CMCA), 2018 is riddled with disproportionate content-related offences that are vague, ambiguous, permit the silencing of legitimate expression and are incompatible with international law.

Despite this, Duale  announced he would introduce amendments to the CMCA to "ban pornography" ostensibly to "protect our children."

With such a broad definition, law enforcement officials have wide discretion to direct this provision at everyone. This includes hawkers peddling Mills and Boon novels, anyone producing, distributing or watching Gengetone videos, individuals in the creative and artistic communities who use nudity and depictions of sex to express their artistic, journalistic and academic freedoms.

As indicated in the law (Section 24, CMCA, 2018), our legislators agreed that providing for narrow, rather than general restrictions on pornographic content, was in line with international law.

Notably, Duale actively participated in the deliberations on the Bill at the National Assembly but still continues to push for more state powers capable of supervising the things we do and the content we watch in the confines of our bedrooms.

This raises a few age-old questions: who determines morality in Kenya? Is it society, the legislature or the Judiciary? Where do we draw the line when laws and proposals attempt to interfere with our individual liberty and freedoms? Is pornography a cause or effect of our innate sexual thoughts, desires and interests?

Even before this amendment is tabled in Parliament, our stance remains as follows: We have challenged, and will continue to challenge obscenity laws, which are based on eminently subjective definitions and rely on the ‘gut-feelings’ instincts and singular traditions (religious, philosophical or social) of the government of the day.

In closing, even if a state opts to generally prohibit pornography, this does not mean that the expression must be criminalised.

Criminalisation is only reserved for prohibited speech, which satisfies a high threshold permitting restrictions on the right to freedom of expression, such as incitement to violence.

In the next part of this ‘Gagging Free Speech’ series, we will examine the Films and Stage Plays Act and the string of abuses and violations of free speech that have been meted out before and during Ezekiel Mutua’s tenure at the Kenya Film and Classification Board.

In Part IV of the ‘Gagging Free Speech’ series, we examine the Kenya Films and Stage Plays Act, and the restrictions to free expression that has been imposed by virtue of its application by the Kenya Film and Classification Board. 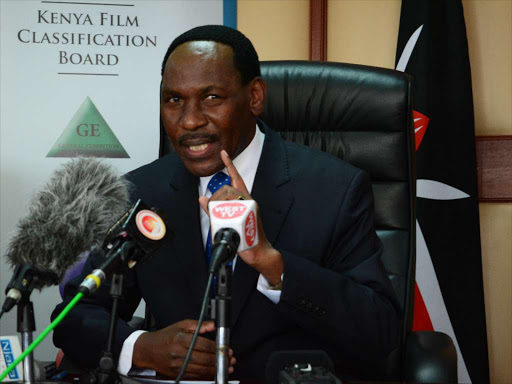 The Films and Stage Plays Act (the Act) was assented to on  November 22, 1962, and commenced operation on October 1, 1963. The Act is an anachronistic colonial relic that is drastically out of step with modern human rights standards as enshrined in international law and Kenya’s Bill of Rights.

This law is typified more by its historically rooted ability to censor and violate Kenyans’ fundamental right to freedom of expression, rather than to respect, protect and promote the right.

There have been proposals to amend this Act under the Statute Law (Miscellaneous Amendment) Bill, 2020. Concerningly, these proposals would expand the definition of ‘film’, bringing any recording of any visual images capable of being seen as ‘moving pictures’ distributed, broadcast or exhibited within the ambit of regulation by the Board.

This means videos captured on your mobile phone and posted on your personal social media accounts are open to scrutiny by the Board.

APPLICATION OF THE LAW

A few examples provide insight as to how the law has been applied by the Board.

This record is illustrative of fundamental flaws in the content and application of the Act. First, limitations of free speech under Articles 24 and 33 of the Constitution do not include grounds including 'indecency,' 'immorality,' 'obscenity' and so on.

The reliance by the Board on these terms to restrict free speech, therefore, has no constitutional backing. Second, the “freedom of artistic creativity" that is explicitly protected under Article 33 (1) (1)(b) does not allow another person’s insight to be factored into the production of an artist's piece. Hence, the artist is not obligated to expunge words or scenes that another may consider 'gross,' 'indecent' or 'obscene'.

The UN Special Rapporteur on the right to artistic expression and creation in her 2013 report recommends two key approaches to safeguard freedom of artistic creativity.

States should abolish prior censorship bodies and systems and instead revert power back to independent arbiters (courts) to impose liability, only in exceptional circumstances. Prior censorship should only be used to prevent the imminent threat of grave, irreparable harm to human life or property.

The UN Special Rapporteur also noted that bodies established to regulate access for children and youth can best be implemented through rating and classification procedures.

These classification structures should be solely used to inform and regulate unsupervised access by children to particular content, and only in areas of artistic creation where this is strictly necessary.

The upshot? The Board and the Act operate in contravention of international and national law, with the legitimacy of KFCB itself being called into question.

The same could be said of its CEO, Ezekiel Mutua, whose conduct within this context is wholly objectionable as a serial violator of the Constitution.

Were he a state officer, Mutua would be, ipso facto, totally unfit to hold public office under Chapter 6 of the Constitution on integrity. He has violated his authority by failing to act according to, and in line with, the Constitution.

He has failed to promote public confidence in the integrity of the KFCB and he has abused his powers to rule and violate, rather than serve, Kenyans. Mutua has also not been accountable to the public for decisions and actions were taken by the KFCB.

For example, the statement which the KFCB issued explaining the arrest of Eric Omondi made a mockery of the high standards of objective accountability demanded by the public.

Under Article 10, Mutua has clearly violated the Constitution by serially behaving in a manner that egregiously undermines Kenya’s national values and principles of governance.

They include, among others, the rule of law, participation of the people, human dignity, inclusiveness, equality, human rights, non-discrimination and protection of the marginalised, integrity and transparency and accountability.

Political figures often forget that power is short-lived, and the instruments of oppression they turn on citizens can eventually be turned on them.

Achieng Oneko, (a former Kapenguria Six political detainee alongside Jomo Kenyatta, among others) then Minister for Information and Broadcasting in the Jomo Kenyatta government, once remonstrated with journalist Alistair Matheson.

He said, “Matheson, you must never forget we never closed the detention camps after Independence.” Paradoxically, Oneko would be one of the people that former President Moi released from political detention on the assumption of office in 1978.

More recently, Moses Kuria and Ndindi Nyoro in 2017 called on the police to use force to quell opposition-supporting protests, despite the fact that all evidence pointed to the police brazenly engaging in egregious violations of human rights against this group.

Today, cast off from the 'safe' moorings of the harbour of the Jubilee Party, we hear them loudly lamenting that the police have ‘gone rogue’ and are illegitimately and illegally harassing them. Which is of course true! But look at what happens once the shoe is on the other foot.

To condone or enable the violation of fundamental human rights in the name of political convenience, expediency or just simply because it accords with our views about a certain person or group of people or certain practice is truly perilous.

As the American Civil Liberties Union has said, “Like a poisonous gas, once the wind shifts, the gas will waft towards your direction and harm you as well.”

Post a comment
WATCH: The latest videos from the Star
by Mugambi Kiai and Gakii Winfred and Sigi W. Mwanzia
News
04 April 2021 - 11:45
Read The E-Paper