No ARVs, please save our people from dying, Nyanza MPs appeal to Uhuru

• The entire country is currently experiencing an acute shortage of ARVs and other HIV commodities following a row between Kenya and USAID.

• A Sh1.1 billion consignment has been lying at the port since January 18 after being handed a Sh90 million tax bill. 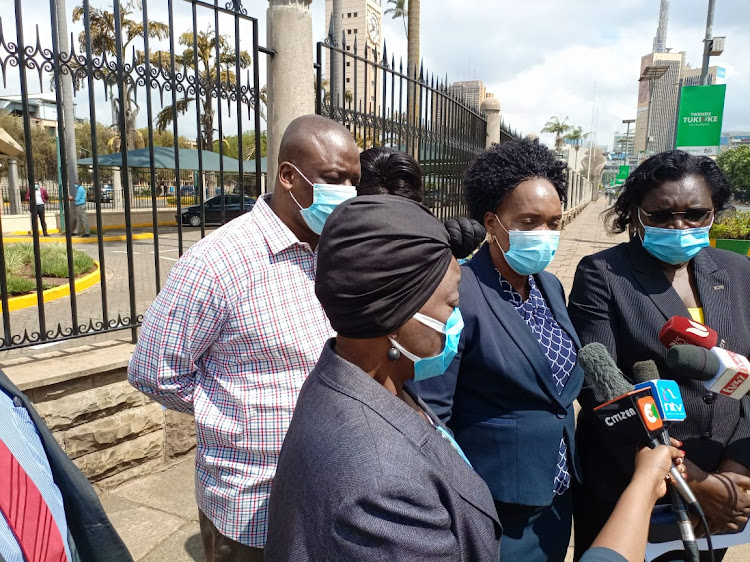 A section of Nyanza MPs has appealed to President Uhuru Kenyatta to intervene in the standoff between the government and the USAID that has stalled the release of ARVs and other essential HIV commodities.

The leaders warned that health facilities in the region have run out of essential commodities, putting at risk thousands of lives.

“We are concerned for our people. We are concerned that we are going to have more deaths, probably more than they are dying of Covid-19,” Homa Bay woman representative Gladys Wanga said.

“There is also an acute shortage of rapid test kids. The only way you test people and get them into treatment is through the rapid test.  Currently, they are only choosing who to test because many facilities do not have these kits,” she said.

The entire country is currently experiencing an acute shortage of ARVs and other HIV commodities following a row between Kenya and USAID.

USAID, who sponsors the commodities, has eschewed Kemsa and sent ARVs and test kits to Kenya through a private US company, Chemonics International.

As a result, a Sh1.1 billion consignment has been lying at the port since January 18 after being handed a Sh90 million tax bill.

USAID also wants to establish its own, parallel drug distribution system in Kenya through Chemonics, instead of using Kemsa.

The Kenyan government and civil society are against this.

But the lawmakers said the USAID and the government are punishing the wrong people in their clash.

“They should not punish vulnerable people. The tax issues, at a situation like this, can always be waived,” Nyikal said as even as Odege appealed for the President’s intervention.

Nyanza accounts for about 30 per cent of the country’s estimated 1.2 million HIV patients with the regions recording the highest prevalence rate for the longest time now.

According to data by the National Aids Control Council, the national HIV prevalence rate stands at 4.2 per cent.

However, the four counties in the Luo Nyanza region have posted almost four times the national average.

“Usually people get three-month dosage, right now, if you are lucky, you get one-month dosage but if you are not, you get two weeks dosage in order to cover as many people as possible,” Wanga said.

Last week, Health PS Susan Mochache said ARV clinics should give clients a month's worth of ARVs until the situation normalises where patients can access three to six months' dosage.

She said they should not get less than a month's dosage or repackage ARVs, which is already happening.

“As a mitigation measure, the Ministry of Health requested Kemsa to expedite deliveries of 1,320,000 packs of 90-day drugs of the first line ARV procured by Global Fund and counterpart funding 93,000 90-day packs,” Mochache said.