• The former presenter’s lawyers had written a demand letter to Radio Africa on March 30 threatening to sue for unfair and unlawful termination.

• Radio Africa in its response to Shaffie’s lawyers further states that Shaffie contravened company policies and his employment contract, and as per the terms of his contract such action lead to the “forthwith” termination of his services. 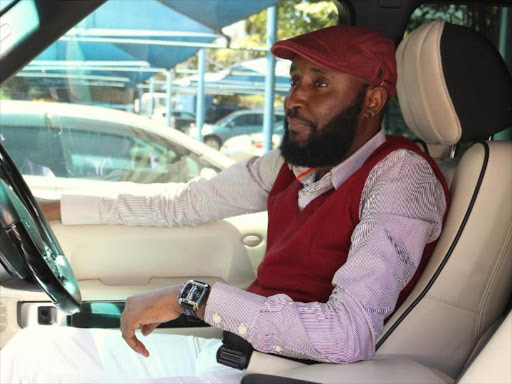 Radio Africa is going to sue Shaffie Weru for breach of contract and negligence.

This follows the inappropriate and insensitive comments made by the former Homeboyz presenter on-air about and surrounding an incident where a woman was thrown off the 12th floor of a building for rejecting a man’s sexual advances.

In its case against Shaffie, Radio Africa and its subsidiary Homeboyz Radio 2017 Limited shall be asking the courts for damages of Sh150 million for loss of business and reputational damage of the companies’ 15-year-old and 20-year-old brands.

Radio Africa stated its intention to sue the former Homeboyz presenter in its response to a letter from Shaffie’s lawyers.

The former presenter’s lawyers had written a demand letter to Radio Africa on March 30 threatening to sue for unfair and unlawful termination.

Radio Africa in its response to Shaffie’s lawyers further states that Shaffie contravened company policies and his employment contract, and as per the terms of his contract such action lead to the “forthwith” termination of his services.

"His actions were unconscionable and amount to severe gross misconduct. He should have known better having been in the media industry for 18 years and receiving continuous training on media regulators’ programming codes, broadcasting regulations and codes of conduct and ethics. Including a very recent training by the Media Council of Kenya in February 2021 which covered: Ethics and Code of Conduct, Fake news and Fact checking, Interview skills, Conflict Sensitive Journalism, Hate Speech Dilemma in media, On-air presentation skills," Radio Africa said.

The company said that it will robustly defend any claims made by Shaffie against it.

Radio Africa has issued prior statements saying that the company does not condone gender-based violence, sexual assault, victim-shaming, emotional and verbal abuse.

The company took a massive hit on its revenue after EABL publicly stated on March 27 that it was pausing all forms of advertising on Radio Africa programmes with the three presenters.

In its statement the brewery said that the statements made by the presenters go against EABL’s core tenets of its agenda to promote inclusivity and diversity.

The company that normally advertises EABL and Guinness brands significantly on Radio Africa programmes said it discourages gender insensitive statements and negative portrayal of women in all its marketing campaigns.

Other organisations have issued statements about the on-air incident.

Speaking to Reuters she said, “These are the hopeful signs in a terrible situation. I’m cautiously optimistic this can be a catalyst for change in moving away from this ‘locker room banter’ on the airwaves to having more responsible, sensitive conversations.”

The Kenya Private Sector Alliance (KEPSA) also condemned any form of Gender Based Violence (GBV) against men and women. KEPSA called for accountability, professionalism and respect for human dignity.

“The remarks made on air were, by all means, insensitive and undermining to the victims of GBV - specifically to women and girls. This kind of insulting and improper language on mainstream media is unconscionable,” said Mr. Nik Nesbitt, KEPSA Chairperson.

This view was also supported by the National Gender and Equality Commission who welcomed the administrative actions taken by Homeboyz Radio against its staff as well as the sanctions imposed by the industry regulators; the Media Council of Kenya and the Communications Authority of Kenya.

The Media Council of Kenya on March 28 said it took note of the actions taken by the management of Homeboyz Radio on Shaffie and the two other presenters and commended the company for taking responsibility as a sign of commitment to uphold ethical standards in their programming.

The Communications Authority fined the station Kshs 1 Million, suspended the Lift Off breakfast show for six months, ordered the station to apologize and train their staff on gender issues.

Termination follows a review of the comments made on the station on Thursday morning.
News
1 year ago
by STAR REPORTER The Star
News
31 March 2021 - 10:40