Ruto has urged Kenyans to participate in Covid vaccination exercise.

• According to an article published by Bloomberg, a single shot of the Russian vaccine costs Sh7,700. 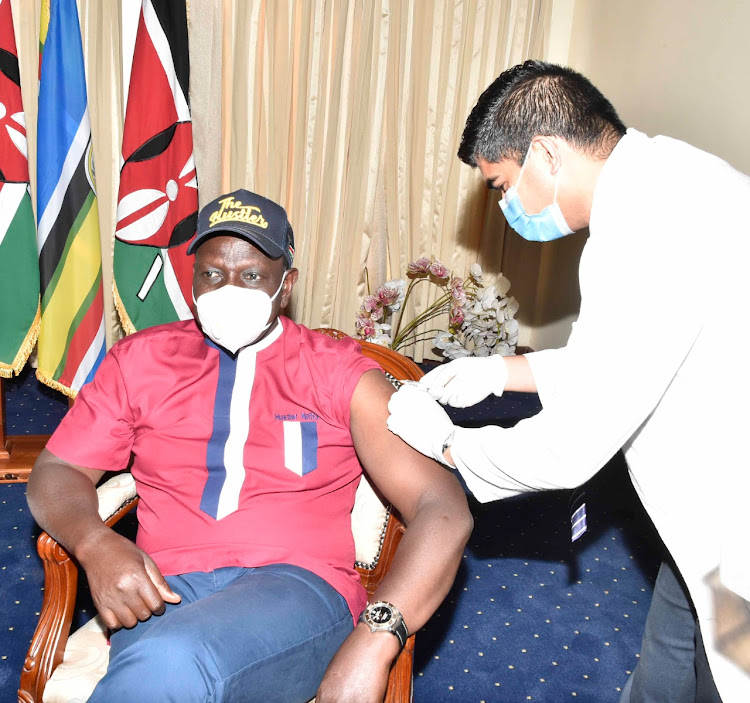 Deputy President William Ruto getting jab on Tuesday together with his family.
Image: DPPPS

Deputy President William Ruto has received the coronavirus vaccine at his residential home in Karen, Nairobi.

The DP received the jab on Tuesday together with his family.

After being vaccinated, the DP urged Kenyans to participate in the Covid-19 vaccination exercise to protect themselves against the pandemic.

“Covid-19 vaccines are our safe and effective tools in saving lives and managing the disease. I encourage Kenyans to participate in this exercise to protect ourselves against the pandemic,” Ruto said. 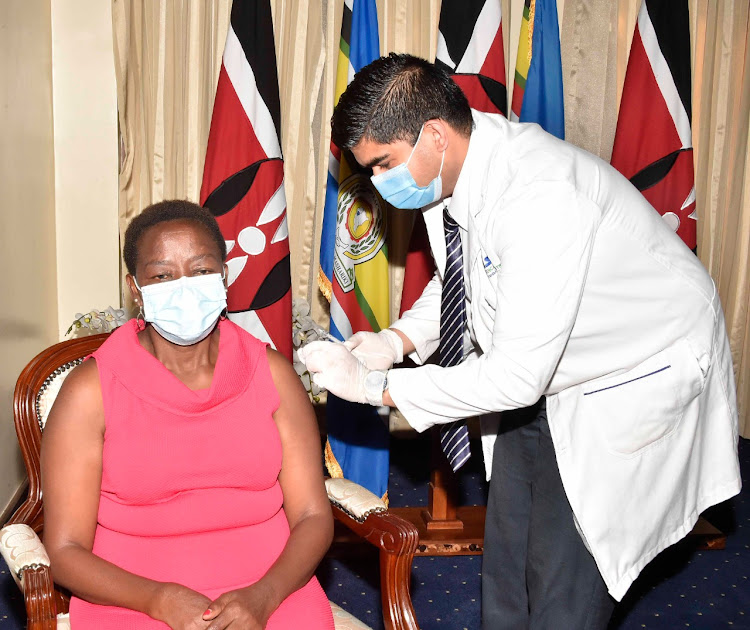 This comes six days after Kenya's Pharmacy and Poisons Board confirmed the approval for the emergency use of Sputnik V Covid-19 vaccine in the country.

The Poisons board gave the emergency use authorization to AstraZeneca vaccine and the Sputnik V vaccine after a successful evaluation process.

"This is not a registration. The application for Emergency Use Authorization of Russia’s Sputnik V vaccine has been approved after it met all requirements," the board said.

In an exercise held at State House on Friday, the Head of State-led other cabinet secretaries in receiving the vaccine.

Those who received the jab include; Interior CS Fred Matiang'i, Health CS Mutahi Kagwe among others.

According to an article published by Bloomberg, a single shot of the Russian Sputnik V vaccine costs Sh7,700, an amount that was confirmed by Nairobi-based lawyer Donald Kipkorir, who got an injection on Tuesday.

“Sputnik V got high reviews from medical journals and that is comforting for me,” another lawyer, Ahmednasir Abdullahi, said by text message. “The West is hoarding vaccine it doesn’t need, but Russia has made it available to poor Third World countries like Kenya.”

The Head of State led other cabinet secretaries in receiving the vaccine.
News
2 months ago

Poisons board approves use of Sputnik V covid vaccine in Kenya