Case was adjourned in February after DPP sought more time

•Standing Orders provide that such reports are presented to Parliament as evidence for any member alleging that a matter is before the court.

•The team made the call during a review of the Planning department’s audit queries, which revealed that Sh4.3 billion was spent on Arror dam project where there was no work done. 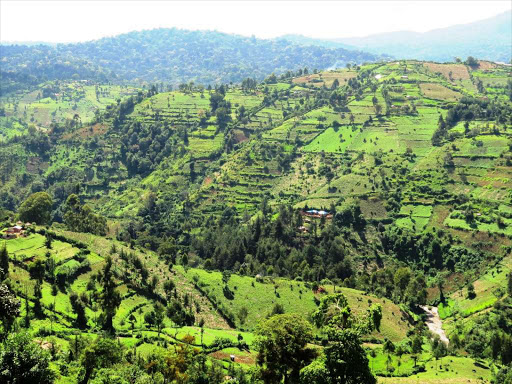 The Public Accounts Committee has asked the National Treasury  to furnish it with a status report of the Arror dam court case.

The National Assembly's PAC chaired by Ugunja MP Opiyo Wandayi wants the report tabled within three months of the House adopting PAC review of the audit for the financial year ending 2018.

The committee, in addressing the queries around the project, resolved that the matter stays under the sub judice rule.

Standing Orders provide that such reports are presented to Parliament as evidence for any member alleging that a matter is before court.

The rules provide that the clause notwithstanding, the Speaker may allow reference to any matter before the House or a Committee.

The team made the call during a review of the Planning department’s audit queries, which revealed that Sh4.3 billion was spent on Arror dam project where there was no work done.

The Sh63 billion Arror and Kimwarer dams case was adjourned mid-February as the key prosecutors were indisposed.

The case has not taken off for two years.

During the adjournment, Anti-Corruption magistrate Douglas Ogot said the DPP had sought to amend the charges.

The Sh4.3 billion in the audit query under probe by PAC was paid to a firm as an advance payment for the dam project.

Auditor General, however, revealed that there was no environmental impact assessment report. 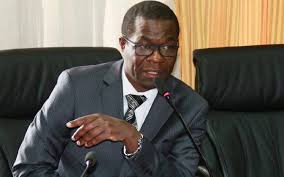 The audit, reviewed by the committee, further revealed that their second call for bids was irregularly called for with neither budgetary provisions nor financier for the project.

The financing of Sh23 billion was obtained in 2017 for 15 years with a floating interest rate that was to be determined by the agent.

The contractor was awarded the works seven months outside the validity period of the memorandum of understanding Kerio Valley Development Authority signed in December 2015.

Auditor General queried why no fresh bids were sought indicating that the advance claim certificate of Sh4.29 billion used for the payment was not dated.

The same had not been recommended by KVDA manager technical services and was not approved by CEO.

“There was no evidence of who was paid the money when it was paid and by who and who granted the authority to pay the money was availed for audit examination,” the audit report reads.

Among the issues flagged, to be deliberated on, was the lack of evidence or correspondence to show the payment was made to the contractor by the financier.

PAC also seeks to revisit a case of unsupported Sh41 million to consulting firms on behalf of the Kerio Valley Development Authority.

Supporting documents showed that the payments did not have a certificate of completion from the inspection and acceptance committees hence not adequately supported.

Planning PS Saitoti Torome earlier told the committee the payment was supported by an inspection and acceptance certificate of works dated January 13, 2017.

PAC, in its report tabled in the House, observed that the endorsements to the financing agreement to cover the payment period were not provided.

It argued that the service contract provided was incomplete and had some section - for the contract period, omitted.

The committee further said it was not clear whether the inspection and acceptance certificate of works dated January 13, 2017, related to Sh41.3 million.

PAC wants accounting officers to always ensure all applicable controls, systems, standards, laws and procedures are followed when procuring or disposing of goods and services.

“The committee to revisit the matter during its examination of the 2018-2019 financial year audit report,” the lawmakers said.

Murkomen via his twitter account said Arror river needs a dam after it became violent.
News
2 years ago