No elephants and calfs were killed in Nanyuki fire - KWS

Fire started after a stove which UK troops were using exploded.

•The fire allegedly started after a stove which the British troops were using to cook a meal accidentally set dry grass ablaze.

•British officials have launched investigations into the matter and all military activities have been suspended. 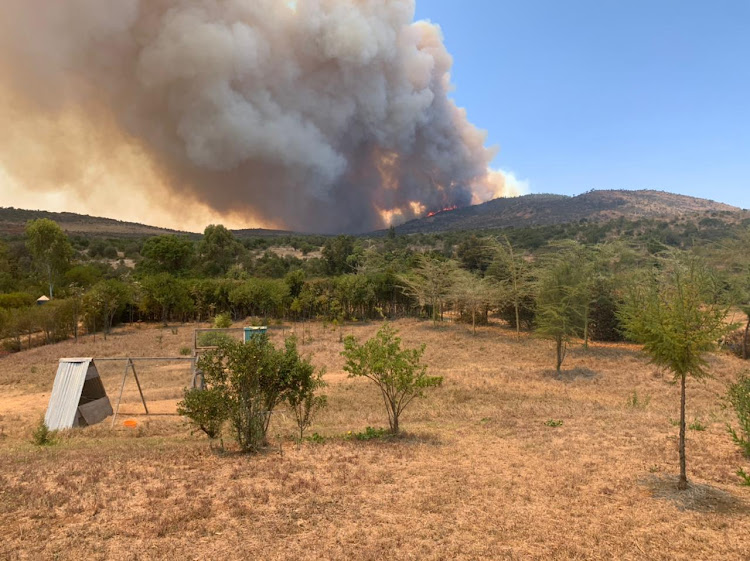 Kenya Wildlife Service has dismissed claims that five elephants and a calf have been killed in a fire that broke out at Loldaiga Ranch in Laikipia County.

The service through its communications department said an initial assessment of the burnt area has been conducted and no wildlife or elephant carcasses have been sighted.

It had been reported that the five elephants and the calf had been killed in the fire that broke out on Wednesday afternoon.

The fire allegedly started after a stove which the British troops were using to cook a meal accidentally set dry grass ablaze.

British officials have launched investigations into the matter and all military activities have been suspended.

The ministry said all personnel have been accounted for but the priority is to urgently assist the local community if they have been impacted.

“We are putting our resources into containing the fire and are working closely with the Kenyan authorities to manage the situation,” the ministry’s response reads.

Most British troops in Kenya are from the 2nd Battalion, the Mercian Regiment (2 Mercs).

There are 230 military personnel permanently based in Kenya to train visiting UK troops and Kenyan forces. Most are part of the British Army Training Unit Kenya (BATUK).

More than 1,000 British troops are currently taking part in military exercises in Kenya.

KWS said its officers have joined a multi-agency team that is fighting to extinguish fire.

The team comprises of ground and aerial fire fighters, including staff from the ranch and private partners.

'The fire broke out on Wednesday this week at about 1300 hrs at a British army training camp located inside the expansive ranch. The cause of the fire is yet to be established," KWS said.