Homicide Unit officers say she must have been sexually assaulted by more than one assailant. 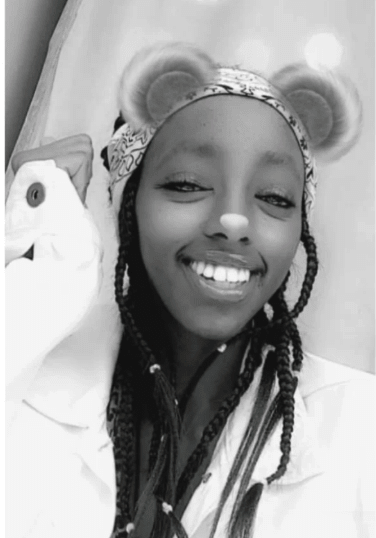 A new team of detectives has taken over the probe into the murder of a 24-year-old waitress in Kiamumbi area, Kahawa West.

The officers from the Homicide Unit at the Directorate of Criminal Investigations believe Velvine Nungari was sexually assaulted by more than one assailant.

They plan to talk to more people of interest who they have so far mapped out. The motive of the murder has yet to be established.

The prime suspect in the incident, Joseph Murimi, told police he left a hotel he was last seen with the deceased woman an hour after he had checked in, but workers there said they saw him leave in the morning.

The woman died while undergoing treatment at the Kenyatta University Teaching and Referral Hospital on March 9.

An autopsy report showed she suffered three fractures on her spinal cord with bruises and fluid deposits consistent with sexual assault.

Police have been granted 10 more days to hold the key suspect as investigations and the hunt for more suspects continue.

The events that led to Velvine's death were reported to the police at Kiamumbi, where a rape report was booked and the 33-year-old suspect arrested.

Murimi told the police he met Velvine two days before their February 23 date.

On this day, Murimi had picked up Velvine at Kirigiti, before the two proceeded to Q West restaurant in Kahawa West for drinks.

After some time, they moved to another restaurant (Kijito) along Kamiti Road, then to Sinnot Hotel where they booked a room.

Officers from Kiamumbi police station gathered that the two had been captured on CCTV at the restaurant's reception, collecting the key to their room at around 9pm.

A bar attendant whose statement was recorded stated to have ushered out the suspect at around 10.30pm, an hour and a half after the two entered their room.

Murimi told the barman that he had left Velvine in the unlocked room to rest as she was exhausted and that he (Murimi) couldn't spend the night out since he was married.

Murimi, a salesman who trades in assorted spare parts, then drove away to his home, taking Velvine's mobile phone along.

The following day in the afternoon (February 24), Velvine called a female friend from the hotel requesting her to go along with another person to help her get to hospital.

Velvine's friends took her to KUTRRH in a cab, before proceeding to report the incident to the police. She was treated for spine-related complications and cervical fractures for several days. On March 9, Velvine passed on at the hospital. She had been an employee at Ruiru's Destiny Park.

Acting on the report, Kiamumbi police arrested the suspect, seeking custodial orders for five days, which were granted by a Kiambu court where Murimi was charged with rape and released on Sh100,000 bail.