•Police said it was heading for a peace meeting in Ileret area.

• The  pilot and his co-pilot died. 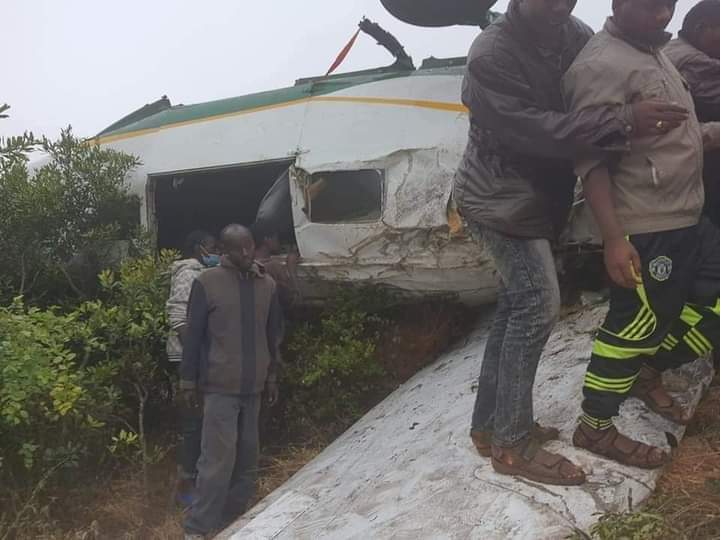 An aircraft on Saturday crashed in Marsabit, killing the pilot and co-pilot.

They were the only people on board, the Kenya Civil Aviation Authority said.

The aircraft crashed at Kofia Mbaya area, few kilometers from governor's office on the outskirts of Marsabit town.

Mwivanda said that the plane is written 'Mwalimu', but was not carrying exams, contrary to social media reports.

He said it was heading for a peace meeting in Ileret area.

"It was coming to pick few people here and head to the meeting," he said on the phone.

The scene was secured by local security teams.

The area is usually foggy in the morning.

On April 6, 2006 a 14-member team on a peace mission died at the same site when their plane crashed.