• The association's chairman Simon Kimutai said the sector is in turbulence.

• Kimutai said the sector has also demanded that they be allowed to carry full capacity. 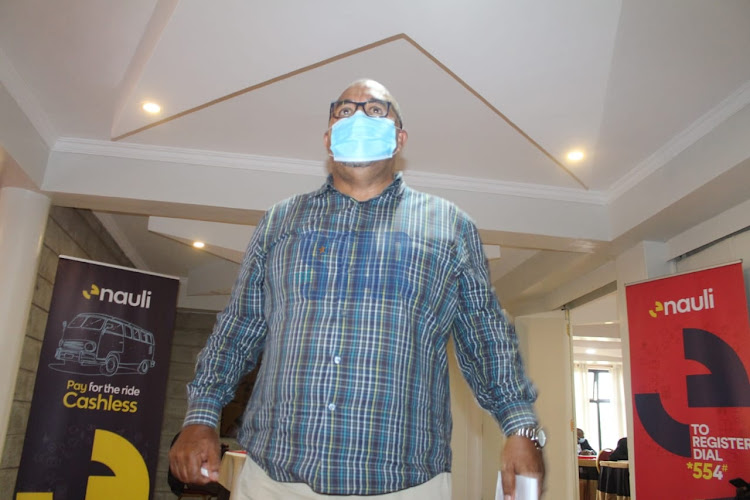 Matatu Owners Association Chairman Simon Kimutai when he spoke to the press at a hotel in Thika Road, Nairobi on March 18, 2021.
Image: ANDREW KASUKU

The Matatu Owners Association have threatened to increase fares following the hiking of fuel prices.

The association's chairman Simon Kimutai said the sector is in turbulence.

He said the protocols by the government aimed at curbing the spread of Coronavirus has made matters worse.

"We will have to increase fare as the price of fuel has increased by Sh20," he said.

Kimutai said the sector has also demanded that they be allowed to carry full capacity.

"This is outright discrimination as SGR, DMUs and planes have been allowed to carry full capacity," he said.

Kimutai lashed out at the law enforcers saying that they enforce social distancing rules and "openly and shamelessly collect bribes".

Kimutai addressed the press on Thursday at Luke hotel, Thika road after meeting operators in the sector.