Ngong locals stumbled on her body on Saturday and informed the police who ferried it to the mortuary and booked it as unidentified. 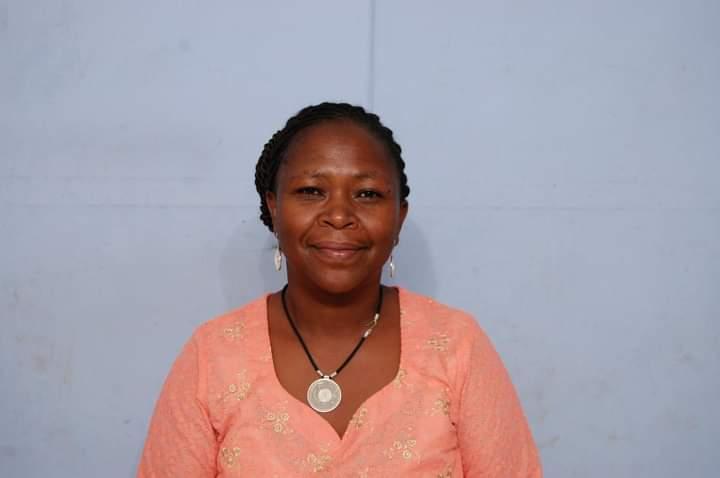 The body of a senior official at the National Land Commission was on Monday found dumped in City Mortuary days after she was apparently abducted and murdered.

Jennifer Wambua's body was first found in a thicket in Ngong area on Saturday, about 30km from the Nairobi city centre. Police ferried it to the mortuary.

Jennifer was the commission’s deputy communications director. She went missing on Friday morning from her place of work and mystery surrounds how she left Upper Hill, Nairobi.

Police yesterday said they had started investigations to establish if her killing was linked to a case in which she was a witness.

Jennifer had given testimony in a case where Lugari MP Ayub Savula and former Principal Secretary Sammy Itemere have been charged alongside 16 others with conspiring to defraud the government of Sh122.3 million.

Itemere was the PS at the Ministry of Information, Communications and Technology when the fraud was committed.

Also charged was Dennis Chebitwey, who was heading the Government Advertising Agency when the funds were fraudulently paid out to fictitious companies that were listed as having provided services to government departments. The suspects were charged in October 2018.

Jennifer testified last month as a state witness and explained how the alleged  fraud happened. She was scheduled to be cross-examined by the defence on March 1.

However, she did not show up in court that day after reportedly falling sick.  A state counsel said she had been admitted to MP Shah Hospital. The case was adjourned to March 17.

Maanzo said the police were already investigating the incident. He said the body had leg and shoulder injuries, suggesting that the abductors first tortured her. 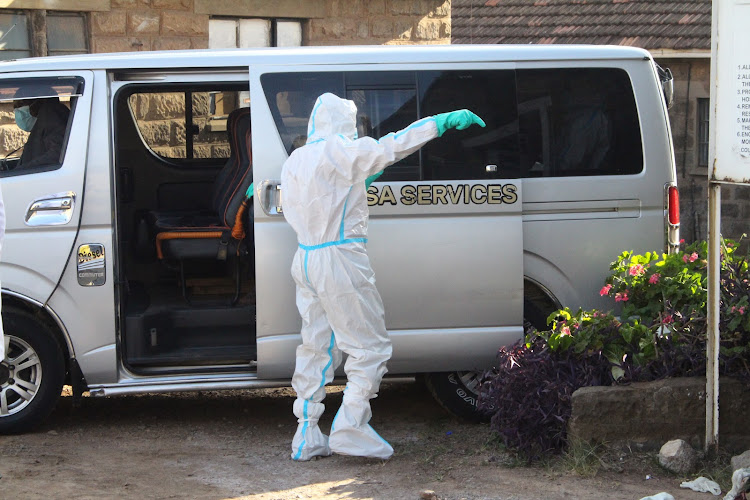 DCI homicide officers after loading the body of late Jennifer Wambua into a hearse at City Mortuary, Nairobi on March 15, 2021.
Image: ANDREW KASUKU

Jennifer had reportedly expressed fears while testifying. In her evidence, she had produced a Sh5 million invoice number 0070 dated March 22, 2017, from Sunday Express publisher to the ICT ministry.

Ngong locals stumbled on her body on Saturday and informed the police who ferried it to the mortuary and booked it as unidentified.

Witnesses said the veteran journalist’s body was naked when it was found. She seemed to have been strangled, but the police said they would wait for an autopsy report to reveal the cause of death.

The mortuary booking happened hours after her husband, Joseph Komu, had visited the morgue to search for her.

Police are reconstructing the scene from where she might have been picked up before she was killed.

Given her mobile phone was found in their family car hours after she went missing, the investigators said they would use other ways to establish those who may have committed the murder.

They took the mobile phone for forensic analysis to establish if she was in communication with any party that threatened her life or committed the incident.

A team of detectives, led by Kilimani head of DCI Fatuma Hadi and head of homicide at the DCI headquarters Martin Nyuguto, are investigating. They termed it a murder incident.

They will also establish if her workplace had anything to do with her murder. Her colleagues said she looked disturbed.

It was a shock to her husband who had been searching for her since Friday when she went missing.

“I was at the mortuary on Friday morning. I can't believe this at all,” he said.

He filed a missing person report at the Capitol Hill police station, Nairobi, on Saturday.

Komu said he had been searching for her in different places in Nairobi, including hospitals, mortuaries and police stations, but had yet to trace her.

The puzzle of her missing has taken a new twist after it emerged Jennifer had left her personal effects in the family vehicle’s boot. They included her mobile phone, packed lunch and handbag.

Police have reviewed CCTV footage of her movements into and out of the NLC offices that showed her get in on the day she went missing.

Komu had dropped her off earlier on. The footage shows her leave the offices at around 10am alone.

Komu said he dropped off the mother of three at the offices at about 7am and went to his place of work at the Ministry of Agriculture's Kilimo House where after parking the car at a yard nearby.

“We speak to each other regularly, and on that day I called her at around 10am, but she did not answer,” he said.

Komu said he did not think there was any reason to panic, and figured his wife was busy at work or in meetings.

Later in the day, when he went to a garage to have his car fixed, he realised Jennifer had left her personal effects in the vehicle’s boot. They included her mobile phone, packed lunch and handbag.

“I thought she would find a friend’s phone and call asking me to deliver her phone, in case she left it by mistake but she didn’t and she has not done so up to now,” Komu said.

Komu drove to NLC offices where he learnt the wife had not been seen there for the better part of the day and her office door was locked. He left for his house hoping to find her in vain. She was not there.

“Already detectives have retrieved CCTV footage at her place of work and preliminary investigations show that she entered her fourth floor office and later left carrying her handbag, an hour later,” Komu said.

However, detectives are puzzled how her mobile phone was hours later found at her husband’s car that was parked near her office.

“It appears she was either kidnapped at the parking lot after she opened the car and put the handbag containing her mobile phone, or she willingly dropped her items in the car,” a distraught Komu said.

He said they both had car keys.

Jennifer has in the past worked in Machakos as bureau chief for Kenya News Agency. She also served in a number of government agencies.

Post a comment
WATCH: The latest videos from the Star
by CYRUS OMBATI and and Carol Kubwa
News
16 March 2021 - 06:28
Read The E-Paper