How plan to rescue Koigi Wamwere from Nakuru Prison failed

• Koigi wa Wamwere was arrested and charged with attempted robbery with violence and being in possession of firearms.

• He was charged alongside his brother Kuria Wamwere, Maigua Mbugua and former Molo councillor GG Njuguna. Snitch foiled the plan. 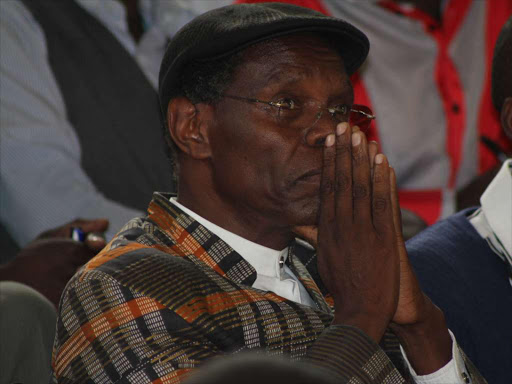 In November 1993, firebrand Nakuru politician Koigi wa Wamwere was arrested and charged with attempted robbery with violence and being in possession of firearms without a certificate.

Those around Koigi were convinced these were trumped-up charges and their friend would have it rough. They hatched a scheme to stage a daring raid on Nakuru GK Prison to rescue Koigi and his co-accused.

The lot fell to a young and equally hotheaded politician Anthony Njuguna Njui from Subukia in Nakuru to stage the daredevil raid to rescue the accused and sprint them into exile.

Njui recently spoke to our correspondent Tom Mboya of the stranger-than-fiction plan. He spoke of how a crack ‘army’ of 13 was trained in a neighbouring country for the daring raid and how the bid was nipped in the bud due to a government snitch that infiltrated the group.

He also narrated the involvement of top government officials of a neighbouring country and how he would later fall out with Koigi and run to President Daniel Moi for protection.

“After Koigi was arrested, there were fears that he would not get justice and it was prudent that a rescue plan is put in place to save the dire situation.

Through Koigi’s contacts, I was given the name of a man called Dickson and asked that I work with him towards achieving Koigi’s freedom. Dickson appeared to be well-connected because he took me to a neighbouring country where a top government official happily received me.

To show the seriousness of this mission, on arrival I was granted two army captains as my bodyguards and after I explained the job at hand, the minister agreed to give me all help I needed to succeed. The minister gave me money to finance our scheme.

Coming back to Kenya, I immediately began the task of looking for battle-hardened ex-servicemen to recruit.

The first I recruited was Herbert Lusiola, who had served in the Kenya Army. By the end of the day, I had 13 men ready for the task.

We crossed the border and intense training under our host soldiers began in earnest. Those people were battle-hardened and were very tough when it came to training. After two weeks we knew the boys were ready.

Having crossed the border with my team, we started the rigorous training. There was a small problem, though.

One of my men, Mbugua, felt that he — and not Lusiola — should head the team. His mood was affecting the morale of the team and our hosts soon noticed this.

However, their preferred manner of dealing with what they felt was mutiny was a bit too harsh by my standards: They told me they were going to kill Mbugua. I bought time and took Mbugua aside.

I explained to him that after the successful mission, we would be going back to the same country for celebrations.

I asked Mbugua to remain behind to prepare for the party of all parties. Thank God he agreed and we averted a major situation. I have no doubt whatsoever that our hosts would have killed Mbugua. They had no room for compromises.

It was tricky coordinating all this under the watchful eyes of the dreaded Special Branch but we pulled it off.

While the fighting unit was travelling back to Kenya, it fell on me as the leader to see how the firearms we had acquired — 10 AK-47s, 10 pistols and 20 grenades — would be safely transported to Kenya.

I hatched a plan.

After crossing the border, I bought many bags of maize, hired a pickup and hid the guns in the maize. I managed to bribe my way back at roadblocks until I reached Nakuru. I took the guns to a safe place.

We made many visits to the Nakuru GK Prison while armed. All that it took was to bribe the warders with Sh50 to avoid the search.

The idea was to sneak in one by one and once inside, we would storm the block where Koigi and his co-accused were being held, fight our way out and disappear into the Nakuru streets. We had gone through the battle plan countless times and we knew it by heart.

I managed to procure a Volkswagen Kombi from a friend in Njoro, painted it the army green colours and managed to get Kenya Army number plates and fixed on it. I also got sets of jungle green camouflage uniforms. 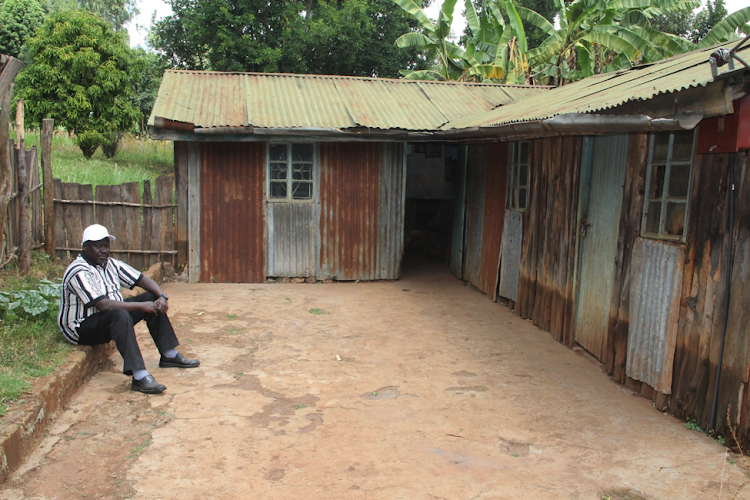 DOWN MEMORY LANE: Anthony Njuguna Njui at the house where he started off in life. He was elected councillor in 1998 when living in this house.
Image: HAND OUT

By this time we had agreed that my wife, Virginia, and the children would be in touch with Koigi’s mother, Monica Wangu. After the raid, we planned to find a way out of the country.

As we were nearing the date, Koigi — through our usual channel of communication — introduced to us a man called JJ Waigua, insisting he becomes part of our team.

I resisted the idea of bringing in a new person at the tail end of our mission but Koigi insisted. Biggest mistake. Turned out JJ was a government snitch.

After knowing about our plan, JJ went straight to the Provincial Police Officer to report us and an ambush was laid.

We almost fell for the trap one afternoon and I escaped, making a long circuitous tour that took me to Gilgil, Nairobi and finally Mombasa, all this time with my guns that I had a friend keep for me.

After this, I went to Murang’a to fetch my family and I passed by the Danish Embassy where a lady by the name of Karin, who was our contact, pleaded with me to go into an asylum in Denmark. I was not so keen to do so.

After making sure my wife and kids were safe, I went into town where I decided to spend the night.

Unfortunately, there was a police operation that night and although the cops were not looking for me, I was arrested.

The police demanded that I tell them where I had hidden the guns. I took them round in circles up to Nairobi but they never found the guns despite the heavy beating I was receiving. At the end of it all, I was also charged alongside Koigi and  Co.

Unbelievably, in August 1994, my wife was also arrested and charged with abetting the crime.

However, magistrate William Tuiyot released her.

It was while in remand that I fell out with Koigi and company. I came to learn that through lawyer Mirugi Kariuki, a lot of foreign governments were giving money for our families.

But while Koigi and the others’ families were benefitting, my wife and children were almost starving because they were not being given anything.

I knew I had made formidable enemies who could harm me even out of prison. I weighed my options and decided that seeking protection from President Moi was my best option. Through Onesmus Ngunjiri, I managed to get to Moi and explained our plan.

Moi organised that I make my confession at a meeting at Afraha Stadium. Together with Lusiola, we detailed to the crowd what we had been up to. It was an explosive confession and because of that, Moi ordered that the Special Branch give me round the clock protection.

It is worth noting that there was a plan to have the charges that Koigi had raided Bahati police station stick but when I met with Moi, I defended Koigi because I knew he had been framed.

Editor’s note: Reached for comment, Koigi denied knowledge of the plot to rescue him, saying as a prisoner, he was not in touch with the outside world. “Being part of such a rescue plan would have spelt doom for me because if the prison authorities got wind of it they would have at the very least increased the security around myself or at worst they would have harmed me.”

He said he is happy that Njui is coming out with new details, adding that his plan to write a book about that period is welcome. “There are new details that will continue emerging and having people write these things will be part of our history,” Koigi said.

The former Nakuru North MP further denies that Njui’s wife was discriminated against when it came to disbursing monies to the families of those connected to him and who were being tried at the time. “I don’t think there was any money even though I was not around and was in prison,” he said.