• For the people in communities, it must be understood that they have a duty and obligation to use justice actors to demand services.

• When people are confronted with an issue or problem in their communities, as taxpayers, they must get the necessary support from the justice actors. 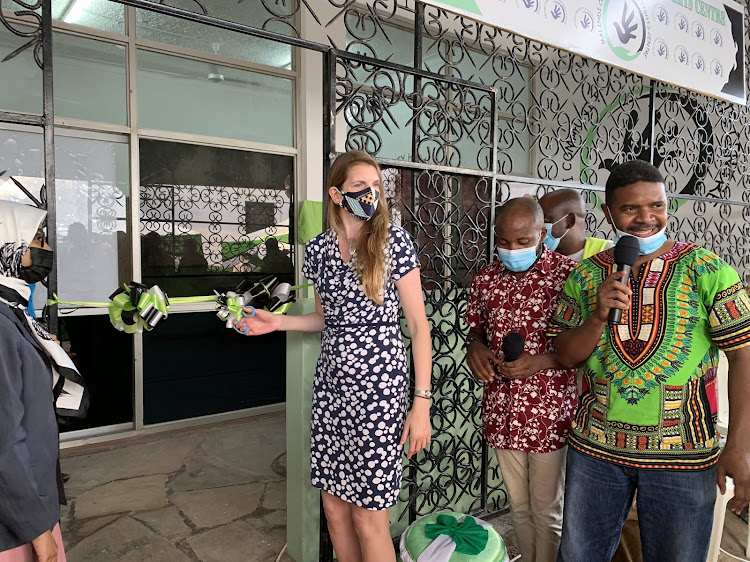 JUSTICE CENTRE: UK High Commissioner Jane Marriott launches the Malindi Social Justice Centre with Haki Africa executive director Hussein Khalid on March 9. The centre is aimed at sensitising the public on human rights and how to interact with the justice system.
Image: UK IN KENYA

This week, UK High Commissioner to Kenya Jane Marriott was at the Coast to launch the Malindi Community Human Rights Centre.

Situated in the interior of Shela village in Malindi, the centre is meant to link locals with justice actors to enhance peace and security in the community. The British High Commission is supporting the centre’s work through HAKI Africa.

Under the same support, at least three other centres in Kisauni, Changamwe and Mtwapa have been operating to improve partnership and coordination between state and non-state actors.

The launch is the culmination of efforts between HAKI Africa and the Office of the Director of Public Prosecutions, who are working jointly to ensure access to justice for individuals at risk of violent extremism.

While HAKI Africa brings on board non-state actors, including civil society, religious institutions and communities and at-risk individuals with their families, the ODPP mobilises state institutions and actors — the police, the Judiciary, probation and prisons. The two sides then sit together to address the bottlenecks within the justice system that impede access to justice.

The work done is towards building faith in the justice system so communities can run to justice actors when they have problems. It is important for communities to understand the police, the prosecution, the Judiciary, prisons, probation, etc exist to serve the people.

If the people cannot access them or cannot get the required services from these institutions, then there is no need of their existence.

For the people in communities, it must be understood that they have a duty and obligation to use justice actors to demand services. When people are confronted with an issue or problem in their communities, as taxpayers, they must get the necessary support from the justice actors.

Beginning with the police, all matters must be reported to them and people should demand that officers act to ensure justice is done. From receiving reports, carrying out investigations, arresting suspects to arraigning  them in court, these are all responsibilities of the police. The people have a right to have all these done by the police on their behalf.

When it comes to access to justice and preventing/countering violent extremism, efforts have so far shown that when we build faith in the justice system and communities can confront justice actors to have their issues addressed,  this greatly reduces violent extremism.

When access to justice is denied in the formal judicial system, it leads individuals to thinking of alternatives and it is at this point that they start entertaining radical ideas and end up being vulnerable to recruitment into criminal and violent extremist groups.

Radical ideologies take advantage of underlying problems within communities and link them with non-existent or non-functioning justice system to justify recruitment.

A defunct justice system is a potent tool used by recruiters. Therefore, although we cannot guarantee instant elimination of all social ills and underlying communal problems, if we can at least guarantee the victims, their families and communities access to justice, then we give hope and deny recruiters an opportunity to use lack of access to justice to recruit vulnerable individuals.

At the launch of Malindi Community Human Rights Centre, it was confirmed that so far, through the work done by HAKI Africa and the ODPP, clear pathways of accessing justice have been made available to communities that have responded positively. Some have even persuaded wanted individuals to surrender to authorities.

This is a clear demonstration that even those who have wronged, if they see that justice will be served,  are willing to give in for the law to take its course.

We will be able to end violent extremism in our midst if trust is built and our justice system addresses underlying issues, especially matters extrajudicial killings and forcible disappearances.