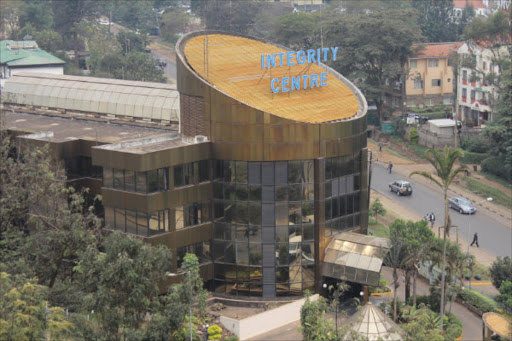 A Treasury accountant who allegedly built an Sh80 million empire in five years out of the Anglo-Leasing heist has been ordered to forfeit his wealth to the state.

After a protracted 13-year legal battle, High Court Judge Mumbi Ngugi ruled that Patrick Ochieno Abachi was a beneficiary of the scandal.

The ruling gives the Ethics and Anti-Corruption Commission a major win in its fight against graft.

Justice Ngugi delivered the ruling on Wednesday. She said Abachi failed to explain how he acquired his massive wealth.

He was asked to forfeit at least 10 parcels of land, four apartments and houses in Nairobi and Kajiado counties as well as six high-end motor-vehicles he acquired in five years.

In the judgment, the court held that Abachi was involved in corruption that revolved around the Anglo Leasing contracts.

The contracts nearly brought down the Mwai Kibaki administration in his first term.

The Sh3.5 billion scandal, perhaps one of the biggest scandals in the history of the country, roped in top officials of the Kibaki administration.

“I direct that the assets set out in order 1 above constitute 'unexplained assets' within the meaning of Article 2 and 55 of the Anti-Corruption and Economic Crimes Act and shall be forfeited to the government,” Justice Ngugi ruled.

The judge also directed that the Sh1.9 million recovered by the EACC during a search at Abachi's houses be forfeited to the government.

According to papers submitted in court, Abachi, during 2003 and 2007, deposited large amounts of money in his various bank accounts.

Investigations by EACC show he regularly deposited huge chunks of money in his three bank accounts held at Barclays (now Absa), Cooperative and the Housing Finance Company of Kenya Limited.

Between December 27 and 29 the same year, he deposited a total of Sh293,000 at the Barclays bank account.

On January 4, 2007, he again deposited Sh162,000 in his Barclays bank account as he opened a massive streak of a banking spree for that year.

Twelve days later, Abachi banked Sh234,000 with Barclays while on May 14 the same year he deposited another Sh350,000 in the same account.

EACC said investigations revealed the accountant acquired the properties between 2004 and 2007 – the time he was suspected of corruption and economic crime.

In 2005, he acquired a parcel of land in Mombasa and registered the same in the name of Odear Nasewa Holdings Ltd.

The property was developed at a substantial cost between 2005 and 2007, a position that he did not dispute after it was raised by the EACC.

He also purchased a house at Nairobi’s Mugoya Estate in 2005 at Sh2.56 million, which he paid in two tranches in less than 90 days.

“Evidence before the court shows that Patrick paid for the house in cash,” Justice Ngugi ruled.

Patrick also acquired two parcels of land in Mavoko – registered in his name and developed between 2002 and 2005.

He further bought two apartments at Parkview, South C in 2005, houses he claimed he was holding the power of attorney on behalf of one Maxwell Mbecah who is in the United States.

The accountant also bought two parcels of land in Kajiado and registered them in the name of his brother identified as Benjamin Abachi.

Two other parcels in the same area were registered in the name of Lorian Juma – his relative, and Moses Oduori – also his relative.

EACC has also secured orders to recover various motor vehicles registered under the name of Abachi and the companies he is associated with.

The commission said the entities were ‘cloak companies’ used by the accountant in the acquisition of properties.

Other transactions were done in the name of Cyber General Agencies, Urban Retail Agencies, Rick Seaside Villas, and Mackan Enterprises.

There was no budget for Anglo Leasing contract, court told

Defence objects; 100  prosecution witnesses have testified.
News
3 years ago
Post a comment
WATCH: The latest videos from the Star
by MOSES ODHIAMBO AND JAMES MBAKA
News
11 March 2021 - 23:00
Read The E-Paper