• During a heated session last Thursday, lawmakers expressed outrage about inconveniences and business losses caused by the frequent blackouts. They cited monopoly status and cartels. 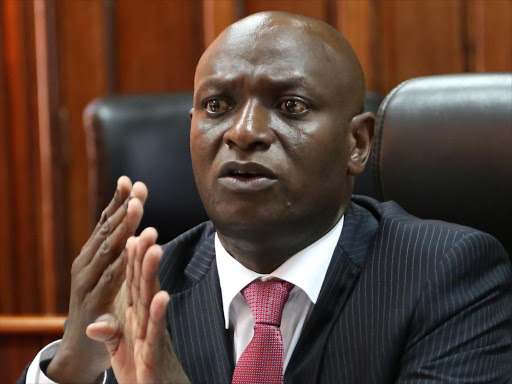 During a heated session last Thursday, lawmakers expressed outrage about the inconvenience and business hardships caused by the frequent outages.

There were calls to break up the monopoly and rid it of embedded cartels. .

Vihiga Senator George Khaniri  complained that recurrent power outages in his home county are causing disruptions in the economic and social activities.

“If we look at Vision 2030, we cannot become an industrialised country with these  power outages. That will be a pipe dream,” Senate Speaker Ken Lusaka said. He directed the House committee on Energy to summon the CS and top officials of the power supplier.

Kisumu Senator Fred Outa said the major problem of Kenya Power is the cartels embedded in the company.

For instance, Outa said, if today any investor or any Kenyan wants to bring an alternative solution to provide enough power for the country to grow, you will not be able to break that cartel.

“There is a cartel in Kenya Power not only causing outages of power. It is high time we wake them up so  we get rid of the Kenyans who have embedded themselves as cartels to allow us develop this county," he said.

“If we go down memory lane, we know that privatisation has made life easier for many Kenyans," he said.

"If we never allowed companies like Safaricom and Airtel to set foot in Kenya, we would not be having access to communication through mobile phones the way we are do."

Omogeni said unless the problem of the monopoly by Kenya Power is solved, the country will continue to suffer outages.

He said if Kenya allowed liberalisation, "we will be surprised that we will access power more cheaply than we get from Kenya Power today."

“Why are we not opening up this sector by inviting other investors to come and provide reliable and cheap electricity to Kenyans?" he asked.

Migori Senator Ochillo-Ayacko said despite the power utility being supported heavily by the Treasury to improve services, it is unable to end the blackouts.

Ayacko, who served as Energy Minister, said during his term at Nyayo House, he discovered KPLC suffers from two kinds of losses. One is technical leading to power outages. One is commercial, making it  money-loser.

“They are good at disconnecting people’s power supply but not responding to their requests. Year in, year out, the plead with the government to give them our money to guarantee loans they have taken," the senator said.

Meru Senator Mithika Linturi said despite many resources channelled to Kenya Power through various agencies to ensure power distribution efficient and accessible, the company is not many profits but losses.

“We do not expect this to change in the near future," he said "The country is waiting to see what will be done beyond the power outages,” Lithuri said, adding  power bills are too expensive.

“The economy is doing badly and our hustlers down there are unable to access or pay for power. They are being disconnected every time and so they cannot run their kiosks,” Linturi said.

Post a comment
WATCH: The latest videos from the Star
by JULIUS OTIENO Journalist, Political and Parliamentary Reporter
News
07 March 2021 - 23:00
Read The E-Paper