Poaching declines but encroachment on habitat increases; 65 per cent of wildlife outside parks, reserves.

• The Kenya Wildlife Conservancies Association says K enya has lost nearly 70 per cent of its wildlife over 30 years but it's now increasing. 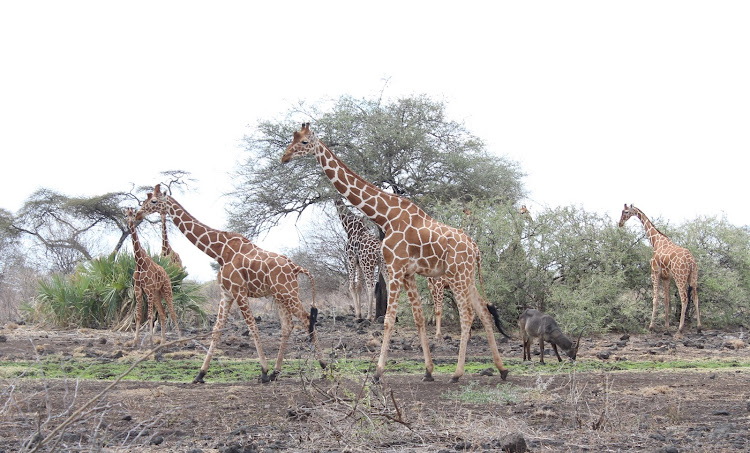 WILDLIFE: Giraffes graze in Meru National Park where there is little pasture. Senior warden says animals have migrated to other areas for water and pasture.
Image: GERALD MUTETHIA

Kenya is faced with a dilemma of increasing wildlife population and a shrinking wildlife habitat as human settlements encroach on preserves.

It was World Wildlife Day.

"The future of managing our resources will focus on how we plan  investments in nationalp arks and how we investment inside the parks," he said.

Sebunya Nairobi said everywhere AWF works, they invest a dollar in a national park and two or more dollars outside the national park.

He spoke on the sidelines of the launch of the Benjamin Mkapa Africa Wildlife photo awards in Karen.

The Kenya Wildlife Conservancies Association said Kenya has lost nearly 70 per cent of its wildlife over 30 years.

KWCA says the loss of space and connectivity is threatening Kenya’s wildlife heritage, its multi-billion dollar tourism industry  and the livelihoods of rural communities. 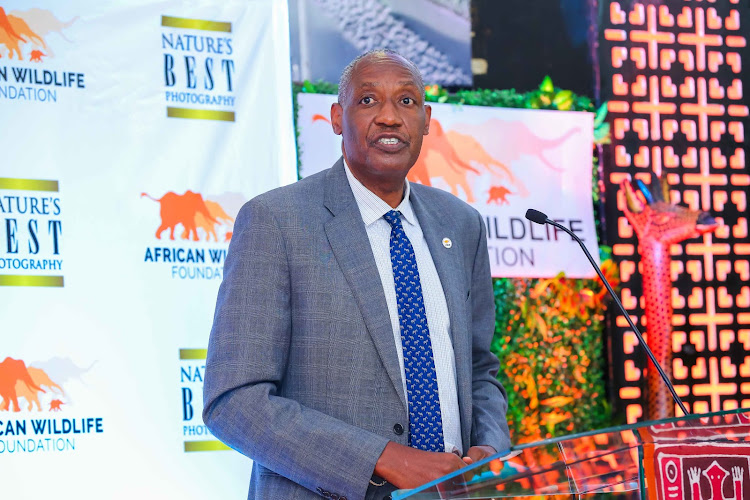 This problem is exacerbated by increasing development pressures and the impact of climate change.

The conservancies secure 65 per cent of the country’s wildlife outside national parks and reserves.

Conservancies are not only providing a public service by protecting and conserving the majority of the wildlife but also enhancing livelihoods.

Sebunya said issues of national parks cannot be solved unless people and wildlife outside national parks enjoy the same benefits as those inside the parks.

The biggest threat is habitat, corridors and dispersal areas [blocked or limited], he said.

Kenya's population of wildlife is increasing.

"It is one of the few countries in Africa that needs to celebrate as there is [virtually] no rhino and elephant poaching for a couple of years now in this country," he said.

Statistics from the Tourism ministry show that 80 elephants were killed by poachers in 2017.

Sebunya said the population of wildlife in the East Africa region was also increasing.

Sebunya said they worked with the government and KWs in the 1980s to help increase the population of rhinos in Tsavo, which was fewer than five to now 120.

He said Kenya is one of the biggest trafficking regions for wildlife products.

"That is why we are investing in sniffer dogs and support in strengthening laws on wildlife trade in this region,"Sebunya said.

He said said the wildlife products were coming from other countries.

He said joint management of wildlife resources in the region is important. Sebunya said there is a lot of attention in the region, but it is not enough.

"My request for the regional managers in Arusha is to look at how Covid-19 has given us an opportunity to reset in terms of how we look at our economies and lives. We need to plan differently," he said.

Baby elephants are raining from the sky in Amboseli

In a bouncing baby jumbo boom, 138 calves have been recorded so far, with more to come in Amboseli.
Counties
1 year ago

Black rhino baby boom - 35 births in Lewa in a year

3 years of good weather and plenty of vegetation resulted in 35 calves in one year.
News
1 year ago
by GILBERT KOECH News Reporter
News
06 March 2021 - 15:14