Says same cabal to blame for violence witnessed in the just concluded by-elections.

• In a video seen by the Star, Orengo said it is unfortunate that the cabal comprising of civil servants is secretly plotting of who will take over in 2022.

• According to Orengo, it is the same click of individuals who were behind former president Mwai Kibaki's succession plan. 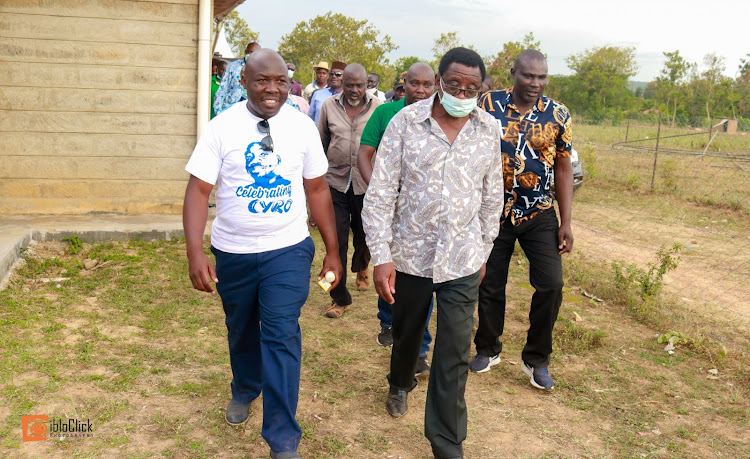 Siaya Senator James Orengo now says there is a cabal within government pushing for the Uhuru Succession agenda.

In a video seen by the Star, Orengo said it is unfortunate that the cabal comprising of civil servants is secretly plotting of who will take over in 2022.

According to Orengo, it is the same click of individuals who were behind former president Mwai Kibaki's succession plan.

"In this country, as President Uhuru Kenyatta and Raila Odinga are busy with the Building Bridges, there is a cabal inside government who are busy chatting the way how Kenya will be ruled after the 2022 election," Orengo said.

"Civil servants have no business to discuss and debate on political matters. I urge them to be compliant and obedient to the political institution," he added.

Orengo said what the country has witnessed in the past few months is worrying.

"As a person who has witnessed how governments are run I want to say without fear of contradiction that whenever civil servants chat the future, there can never be any peace. This is a warning shot," he said.

The Senator said the same cabal has already declared in their minds on whom they want to protect their interests.

"They are simply reaping where they have not sowed. Without Raila Odinga, they would not be planning of those successions and therefore they must listen to the two BBI principals," Orengo said.

Orengo said a time has come for the National Assembly to move swiftly and expose a civil service that is politicking.

"In the previous referendum, we had Anyang Nyong'o of Kisumu and Kiraitu Murungi of Meru who were leading the process. But for BBI, the same cabal has closed the BBI secretariat and are now running BBI matters in their offices yet they are not mandated to," he said.

Orengo said the same cabal is to blame for the violence that was witnessed in the just concluded by-elections.

"We witnessed violence because the same clique of people were pushing for their agendas. On account of what happened that does not even amount to an election," he said.

Orengo said if such people are tamed, elections will be more peaceful.

"Elections should be peaceful without any form of violence generated by forces within the government," he said.

Deputy President William Ruto earlier on warned his political competitors to prepare for a tough battle in the 2022 General Elections.

Ruto on Friday said the race will not be a walk in the park and those thinking will beat him at the presidency will be in for a rude shock.

"Let them prepare for a tough race in the coming General Elections. It is not going to be a walk in the park. Let us compete on the platform of issues, ideologies and development track-record if we are to transform our country,” Ruto said.

He said those aspiring to contest should get to work and share their agenda with Kenyans rather than wait for endorsement from some leaders and their tribes.

Ruto maintained that he is best suited to succeed President Uhuru Kenyatta in 2022.

Uhuru has already signaled he will play an active role in his succession.
News
10 months ago
by PATRICK VIDIJA Investigative Journalist
News
06 March 2021 - 21:22