Says decision by the CEO to remove her as a council member was a breach of law.

• Mutemi said the law on appointment and removal of a board member was not followed as provided for by the Media Council Act. 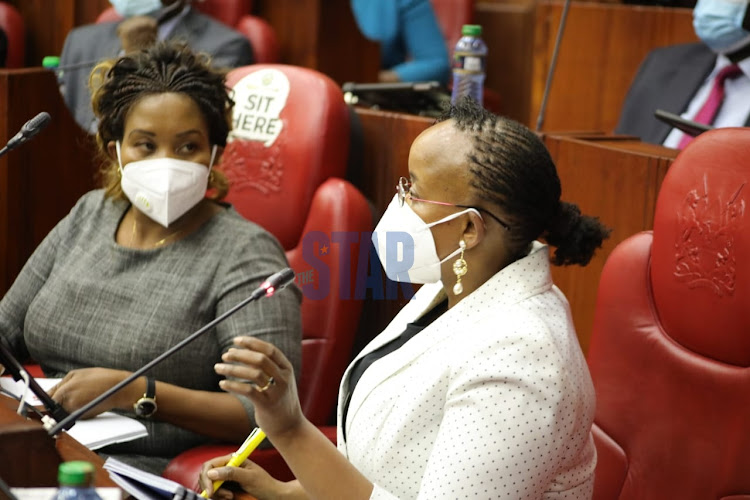 Mutemi said the decision by the CEO to remove her as a council member was a breach of law.

Speaking on Wednesday when she appeared before the National Assembly ICT Committee chaired by William Kisang, Mutemi said the law on appointment and removal of a board member was not followed as provided for by the Media Council Act.

"I appeal to the Committee to take action on the unlawful removal. I find the action by Omwoyo unlawful," Mutemi said.

"I pray that this should not be allowed to happen in your watch. This is an abuse of power. If this can happen to a board member what of the Secretariat staff ?"

She narrated how she got an email on January 22, 2021, at 4.43 pm and by 8.49 pm she had already been removed from the board's group WhatsApp as well as the mailing list.

Mutemi also explained that despite the IEBC code of ethics prohibiting its staff from getting engaged in another government body, the same she noted did not apply to part-time engagement.

Earlier, the IEBC said it will take action against Mutemi for violating the staff code of ethics to take up a position as a board member at the MCK.

In a statement, Chairman Wafula Chebukati acknowledged that Mutemi was an IEBC employee but said they were not consulted on her appointment.

"IEBC was neither consulted nor notified of Mutemi's employment as a board member of MCK," he said.

Chebukati said MCK  is at liberty to take appropriate action in accordance with relevant laws and procedures governing the council.

"The commission will undertake action at an appropriate time in accordance with the IEBC Act and HR manual," he said.