Garissa residents to go to the ballot on May to elect their senator.

• In a Gazette notice on Wednesday, IEBC chairman Wafula Chebukati said Garissa's senatorial by-election, as well as Bonchari and Juja constituencies, will be carried out on May 18.

• The campaign period for the communicated mini polls will start on March 29 up to May 15. 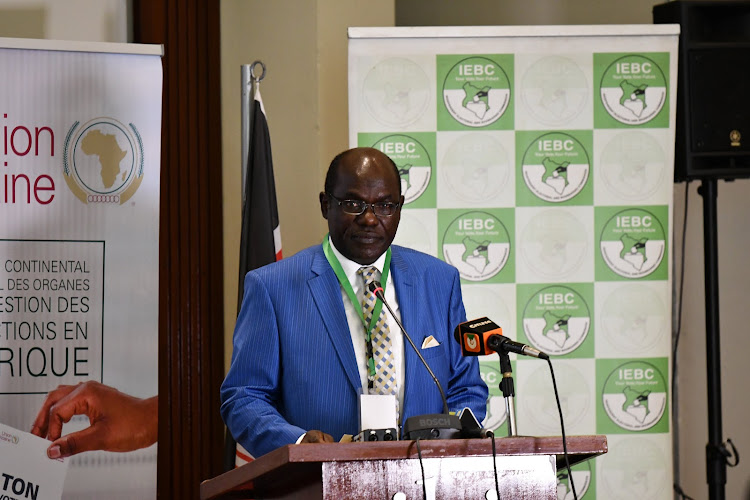 The Independent Electoral and Boundaries Commission has announced the date for the three areas after their seats were declared vacant.

In a Gazette notice on Wednesday, IEBC chairman Wafula Chebukati said Garissa's senatorial by-election, as well as Bonchari and Juja constituencies, will be carried out on May 18.

Chebukati said that each party intending to participate in the by-elections will have to submit the names of the aspirants contesting in the party primary and issue the dates for the primary on or before March 8.

Also, the political parties have until March 22 to submit the names of the candidates for by-elections in the four areas to the commission.

The chairman added that the commission will publish in the gazette the names and symbols of the persons intending to contest in the elections as independent candidates at least fourteen days before the nomination day.

The campaign period for the communicated mini polls will start on March 29 up to May 15.

The campaign time shall run from 7am to 6pm during the campaign period.

The by-election for Rurii Ward in Nyandarua County will also be held on the same date.

Garissa's by-election comes following the demise of Senator Yusuf Haji on February 15 after a long illness.

Haji passed away aged 80 years at the Aga Khan University Hospital in Nairobi.

Bonchari constitutes lost their MP John Oroo Oyioka on February 15 following a long illness. Oyioka was announced dead by the family at the Aga Khan hospital in Kisumu.

Wakapee died after a long battle with brain cancer and had been admitted at the MP Shah Hospital.

Juja MP was laid to rest on Tuesday, March 2 in his home, a burial that was attended by President Uhuru Kenyatta.

While eulogizing Wakapee, the president asked other leaders in the country to emulate the late MP in fighting corruption, saying Wakapee was a graft fighter.

He assured residents that the projects initiated by the late MP will be accomplished.
News
1 year ago