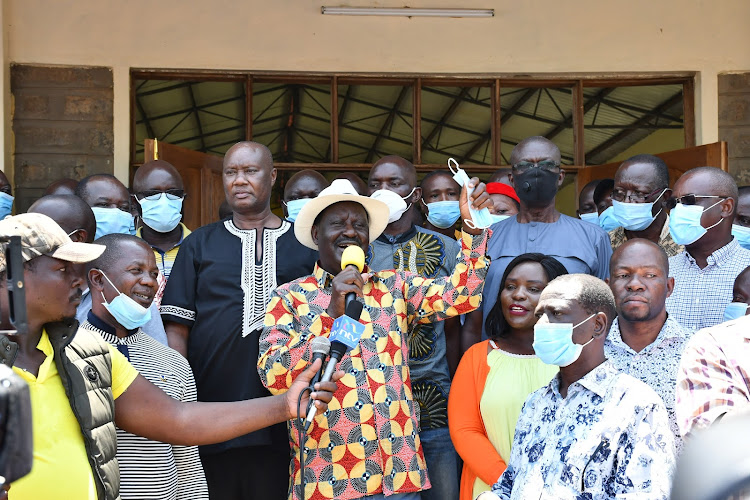 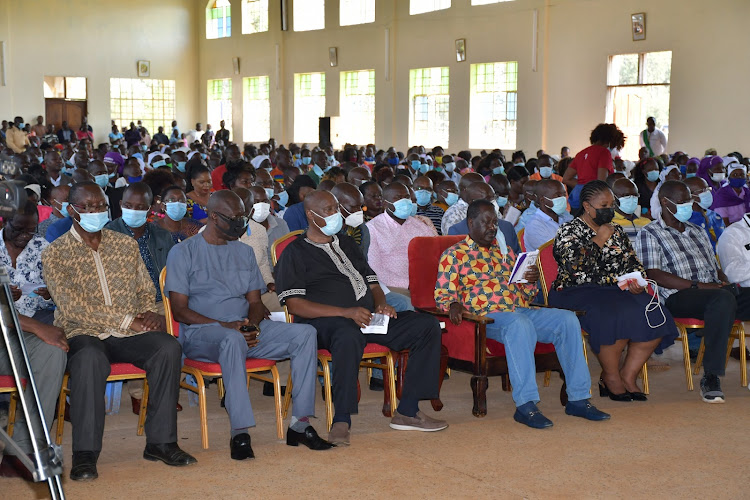 The former prime minister said any leader ready to help Kenyans fight poverty and unemployment can never give out wheelbarrows to enable them to create wealth.

He said such leaders should be ignored because they don’t mean well for a country that has millions of its people wallowing in poverty since Independence. Raila was speaking after a church service at Lwanya Catholic Church in Busia.

In a message directed at Deputy President William Ruto and his allies, Raila said wheelbarrow politics will not develop Kenya.

“There are those who said they would give our children laptops. Have you seen those laptops?” the former premier asked.

“They also said they would create one million jobs every year. Have you seen those jobs? They have forgotten what they promised the youth and they have come back telling us that they want to give our youth wheelbarrows. What can you do with a wheelbarrow? A wheelbarrow is an equipment only needed at construction sites for ferrying ballast.”

“If somebody gave you a wheelbarrow today, what would you do with it? That is an insult. That is why we are telling Kenyans that Kenya’s liberation lies in the BBI,” Raila said.

His visit came less than two weeks after the Busia county assembly passed the Constitution of Kenya (Amendment) Bill, 2020.

The county has remained one of his strong political bases, five of its seven MPs having been elected on ODM tickets.

Raila said Kenyans have suffered since Independence and it was time the country supported the BBI—his initiative alongside President Uhuru Kenyatta.

“You know very well that we have suffered for long and we have decided that this must end. Previous regimes had made tribalism an everyday thing, yet taxation was a must for all. Kenyans used to pay revenue equally, but only a few people would sit down and decide how the taxes would be shared,” he said.

He said with the BBI, more resources will be disbursed to every part of the country to spur development.

“They decide where hospitals and schools would be built and we said that was bad. We brought devolution and many still opposed it, yet we wanted more money to come to the ground.

“In the 2010 Constitution, we said at least 15 per cent of the country’s revenue should come to the ground. But now we want at least 35 per cent because the 15 per cent was little because more of that went to pay salaries and counties remained with little money for development,” Raila said.

He said leaders allied to the Tangatanga movement have failed to give Kenyans at least one million jobs they promised.

“Through the BBI, we have decided that we should find a way of helping the youth and that is why we came up with the Youth Development Fund, which will enable them to start projects to earn money. They will not pay interest until the seventh year.”