• The launch was to happen early this year but the current Covid-19 pandemic made it impossible.

• Speaking during a high-level stakeholder forum in Nairobi, Aruasa said they had planned for some 9 professors to travel from Italy to witness the launch. 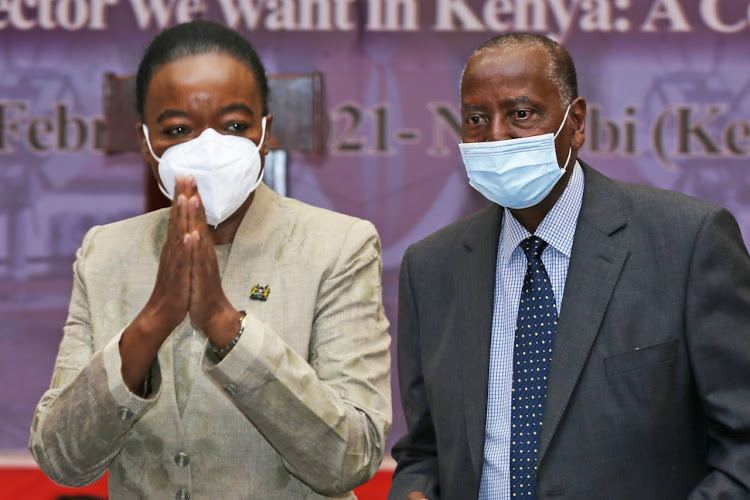 Kenya is set to launch a series of mini-satellites and rockets from its Malindi Space Centre.

Kenya Space Agency Chairperson James Aruasa on Thursday said the launch was to happen early this year but the current Covid-19 pandemic made it impossible.

Speaking during a high-level stakeholder forum in Nairobi, Aruasa said they had planned for some 9 professors to travel from Italy to witness the launch.

"Unfortunately when they tested for Covid-19, seven of them turned positive making it impossible for them to travel. As a result, we had to postpone the launch to August," he said.

He said though the pandemic has been disruptive to many areas, the agency continues to capacity build to make sure that Kenyans are able to do the designs and developments ahead of the launch.

Aruasa said the nano-satellites will be launched to the space using the high altitude balloons but later after modifications, they will be deployed at the Malindi facility.

In May 2018, Kenya launched its first outer-space object created by the University of Nairobi.

The satellite 1KUNS-PF was launched from the Japanese module of the International Space Station.

The 10-centimeter-square cube-sat was originally launched to the station on an April resupply mission.

This made Kenya the first sub-Saharan African nation to deploy a nano-satellite into space.

The space programme of Kenya has been largely shaped the equatorial latitude and has a basis of existed foreign infrastructure and experience.

The development of the programme started in May 2012.

in 1970, America's NASA did launch a satellite from Kenya's Malindi facility but it was not a Kenya-centric project and did little to benefit the country.

The discussions for a space center began in 1983, but stalled until 2017 when the  Kenya Space Agency was established by President Uhuru Kenyatta through a gazette notice.

Over 20 sounding rockets and nine satellites have been launched from the Malindi Space center over the years.

Kenya is the fourth country in Africa to have a space agency after Algeria, Nigeria and South Africa.

Inside the little-known Kenyan Space Programme

Kenya is yet to fully exploit its potential in the pursuit of space technology.
News
2 years ago

Egypt is the only other African country with a space agency, which was established early this year.

But Aruasa said after the 2018 launch, Kenya has not been able to do much as the agency has been working round the clock to synergise available data.

"The challenge we have is that we have a sector that is disjointed and we are trying to create synergy and centralise data. We also have data that is being used by various stakeholders yet others are not aware of it thus creating a lot of duplication," Aruasa said.

He said there is also not enough infrastructure to allow more establishment.

"At the Malindi facility for instance, we have acquired more land to build an observation centre with partners like the Italian government. This will play a key role in capacity rebuilding," he said.

He said as a result, the agency has formulated chairs in various universities who are guiding the students to design and develop the nano-satellites.

"Though we have not been able to launch our own satellites for a long time, we do satellite and rocket tracing for organisations like NASA at a fee from the same Malindi facility," Aruasa said.

Defense CS Monica Juma said Kenya is yet to derive optimal benefits from the exploration and use of outer space.

She said as a result, she has directed the Kenya Space Agency to be convening an Annual Workshop that will be named the “Kenya Space Week”, aimed at bringing together local, regional and international space players, both from the public and the private sector.

This, she said will enable the country to regularly take stock of the progress it has made locally and create an opportunity for stakeholders to showcase their projects and initiatives.

Juma said this will also strengthen linkages and networks that nurture and grow the local space sector.