Detectives say suspects should be in custody until investigations complete 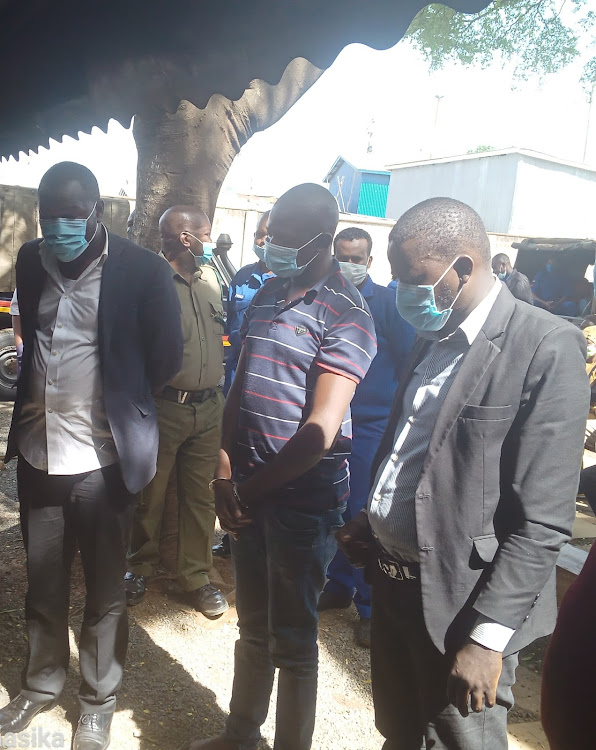 Police on Wednesday asked a Kibera court to allow them hold four suspects linked to the disappearance of a businesswoman for 10 days.

Her friend and churchmate Mercy Gitiri alongside Edwin Otieno, Stephen Oduor and Samuel Okoth were arraigned before Kibera senior resident magistrate Renee Kitagwa as police sought more days to detain them so that they complete their investigations.

However, Gitiri told the court that what she wanted was the businesswoman to be found alive. "We are friends, I can't plan something harmful against her, she is my friend and I introduced her to our church, I just want her alive," she said.

She added that she was a family woman just like Wanjiku and urged the court to grant her bail.

Another respondent told the court that the police assaulted him and dismantled his spectacles. He pleaded with the court to allow him get medication, adding that police lacked compelling reasons to detain him.

It is said that Wanjiku was last seen at Stima Plaza in Ngara. Her vehicle was later spotted last Saturday abandoned outside Gatina Primary School in Kawangware, police constable Ernest Kinyua told the court.

Kinyua, aDCI detective attached to Dagoretti added that he was investigating an offence of kidnapping.

"I have not completed my investigations. Some witnesses need to record statements,  police also need time to find the victim. I need to get a report from the National Police Service. The victim's family fears that if the respondents are released before she is found, there is a likelihood that they may abscond court if released," Kinyua said.

After she disappeared, the matter was reported at Kabete police station where investigations are ongoing.

Kitagwa requested that the file be placed aside for the ruling on whether the suspects should be detained or not.