• The former Trade minister spoke during an interview on Radio Jambo.

• Kituyi is the latest politician to declare his interest in the presidential race. 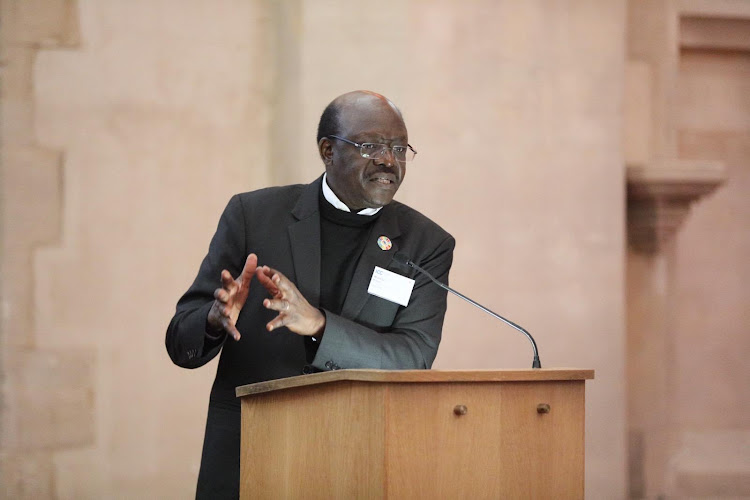 Presidential hopeful Mukhisa Kituyi yesterday rubbished claims he is a project of some politicians.

He also denounced ethnic political alliances and Deputy President William Ruto’s hustler narrative. The ex-Unctad secretary-general said he is his own man and has been driven by convictions to improve the lives of Kenyans.

“Don’t think Kituyi is anybody’s project. Tell me, who in this country can employ Kituyi as his project?” he asked.

Kituyi, who previously served as Kimilili MP and Trade minister, spoke during an interview on Radio Jambo.

He is the latest entrant into the crowding presidential race, with next year's general election still 17 months away. Kituyi said rejuvenating the economy will top his priorities if elected.

“Saying I am a project is neither here nor there. I heard an MP say I have been sent to ruin Ruto’s chances. Can you think of Kituyi fitting in the pocket of Ruto? What a joke!” he said.

Kituyi said the registration of a party he will use as his political vehicle is underway, adding that he will bring on board reformers.

He condemned ethnic political alliances, saying leaders should come together to seek leadership on the grounds of their ideologies.

“Those who know me will tell you that I don’t believe that the leadership of the country is about bringing together tribes.

“We must all come from certain tribes, but if we say certain tribes are coming together to lead the country, that is the politics where the winners give all the big jobs—CSs, PSs and others—to their tribesmen because it was an ethnic coalition.

“If we do that, when will a Digo lead Kenya? When will an Elmolo get his right?” he posed.

Kituyi tore into DP Ruto’s hustler-versus-dynasty politics that has been dismissed as an attempt to ignite class wars.

“It is not my right that I will rule because I come from a poor family. But children of poor people also have a right if they have good ideologies; if they have a history of fighting corruption; if they have shown they can bring people together.”

Concerning the BBI-driven Constitution of Kenya (Amendment) Bill, 2020, Kituyi did not give his position.

“I share in the interest of the BBI of ending election chaos, but I don’t think it is the BBI alone that will end the problem,” he said.