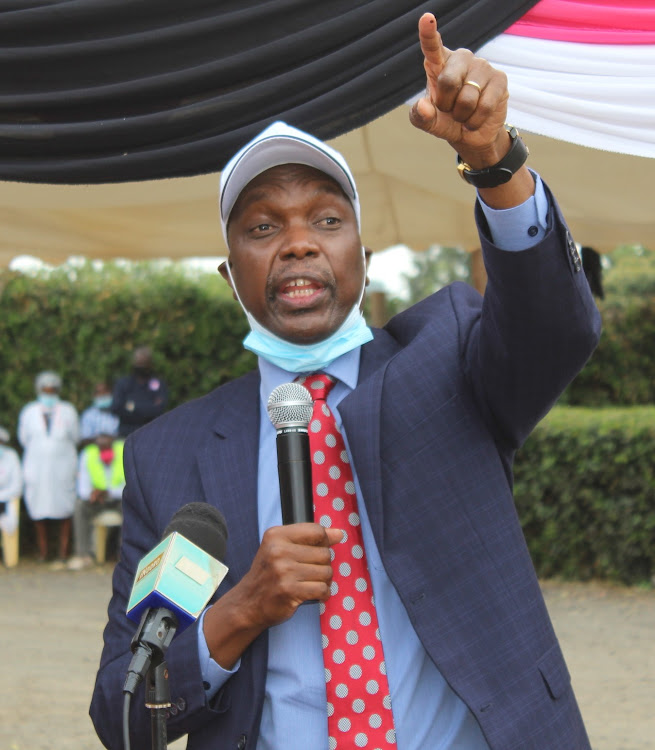 Ndaragwa MP Jeremiah Kioni has protested against the prioritization of the Justice and Legal Affairs Committee’s referendum bill.

The lawmaker said it was not fair for the bill sponsored by the Constitution Implementation Oversight Committee – which he chairs, to be shoved aside.

Kioni said their bill was the first to be drafted, published and subjected to public participation hence should have been considered instead of that of the Justice committee.

He lamented that it was not the first time his committee suffered the same fate citing the bill to amend the Independent Electoral and Boundaries Commission Act on replacement of commissioners.

At that time, the House considered the JLAC’s version – which is yet to be implemented following a court process after a High court declared it unconstitutional.

The MP said it was regrettable that members of the committee spent their time on the bill.

National Assembly Speaker Justin Muturi last Thursday directed that the JLAC’s bill be debated to conclusion, and that the one CIOC be put on standby just in case the Justice committee’s bill fails.

When prioritizing the JLAC’s referendum bill, the speaker said it was since the same had an input of the IEBC.

He directed that members consider incorporating elements of the Referendum Bill sponsored by the CIOC.

Muturi said the CIOC version of the Referendum Bill would be revived should the one by JLAC be defeated at any stage.

"An analysis of the two referendum Bills confirms that the Bill by the Departmental Committee on Justice and Legal Affairs emanated from prolonged engagements between the Committee and IEBC from as far back as 2015," the speaker said in his ruling.

But Kioni, though in support of the JLAC's version of the referendum bill being debated in the House at the second reading stage, said his committee’s bill should have been given its right place.

"It is crucial that when a committee goes out and engages the public and thus the bill is head of the pack, it is only fair the bill be given its right place,” the MP said.

"But for another committee to start another bill and the same be fast-racked to go ahead of the other, I don't think it is a fair game, and not proper leadership for those who have responsibility to treat some committees as senior to others."

“Those in those committees, I think we need to treat other committees with respect. If others have done some good work on any legislation, let the first one go,” he added.

The lawmaker said by Parliament holding public participation with the same stakeholders on the two bills, the House looked disorganized.

“It is not right. We can't run Parliament procedures that way,” Kioni said during an evening sitting, adding that they initiated the process as early as 2019.