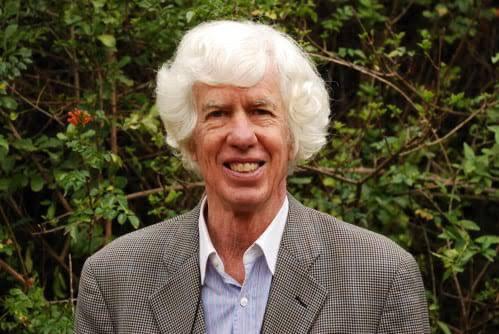 The family of the slain US national Bradley Martin is seeking the help of their embassy in Kenya to unravel his killers.
Image: COURTESY

The family of the slain US national who was one of the world's leading investigators in the illegal trade of ivory and rhino horn is seeking the help of their embassy in Kenya to unravel his killers.

They want justice in the killing of Esmond Bradley Martin, 75, who was found in his Nairobi home on February 4, 2018, with a stab wound to his neck.

The former UN special envoy for rhino conservation was known for his undercover work investigating the black market.

A lawyer hired by the family of Martin has written to the US Embassy in Nairobi regarding the matter but they say no response so far.

“We wrote a letter dated 6th October 2020 to the Directorate of Criminal Investigations and copied the same to among others the United States Ambassador to Kenya. The information we obtained from the DCI is to the effect that it would require assistance from the American Embassy,” said lawyer Meshack Omari for the family in the letter.

“We thereafter wrote another letter dated 16th November 2020 to both the United States Ambassador in Kenya and FBI Legal Office in Kenya. A final letter dated 10th December 2020 was written to the Deputy Head of Mission, US embassy in Kenya.”

He said in the letter dated January 13, 2021, it was imperative for the Kenya security agencies to receive communication and assistance from the embassy for the probe to move forward.

The family said investigations into the murder of Martin has seen no arrests or any criminal prosecution.

“This case replicates a pattern of violent murders and crimes in Kenya in which foreign investors of good standing have been the victims of crime which have gone unsolved and caused the Kenyan police, judiciary and the States institutions to be perceived negatively,” the family said.

The letter was copied to the Directorate of Public Prosecutions (DPP).

There was no response from the embassy regarding the issue.

On Tuesday, officials at the DCI’s homicide unit said the case remains unsolved.

Before he met his brutal death, Martin had returned from a research trip to Myanmar and was in the process of writing up his findings.

His wife Chryssee Perry found him in their house in Langata.

Chryssee, a conservationist too, had gone for a meeting - and Martin, a US citizen, was home alone.

Martin had spent decades risking his life to secretly photograph and document illegal sales of ivory and rhino horn, travelling to China, Vietnam, and Laos to pose as a buyer and establish the details of black market prices.

He first came to Kenya from the US in the 1970s when there was a surge in the number of elephants being killed for their ivory.

When police arrived at the scene they found the remote-controlled panic alarm unit attached to a silver chain and that was always at Martin's bedside, under the conservationist's bed.

Martin's wallet was in his jacket pocket with Sh11,000 while his watch was left on the table and his mobile phone was in another pocket.

Police are yet to establish the motive of the murder but suspect the killers wanted to stop his work as an investigator of someone wanted to grab his Sh1 billion property in Karen, Nairobi where he owned 20 acres.

The family had hired a private investigator from South Africa but no leads were found.

Among others, the investigators recommended that the workers of the late Martin be subjected to a polygraph examination.

Martin was the third owner of the land that is being suspected to be the cause of death.

It was originally owned by the scouting movement founder Lord Baden Powell.