They say the demolition offended the Islamic faith.

• The demolitions, which were carried out on February 5, left more than 3,500 people homeless.

• The Supreme Council of Kenya Muslims said the demolitions were carried out at night without any prior warning given to residents. 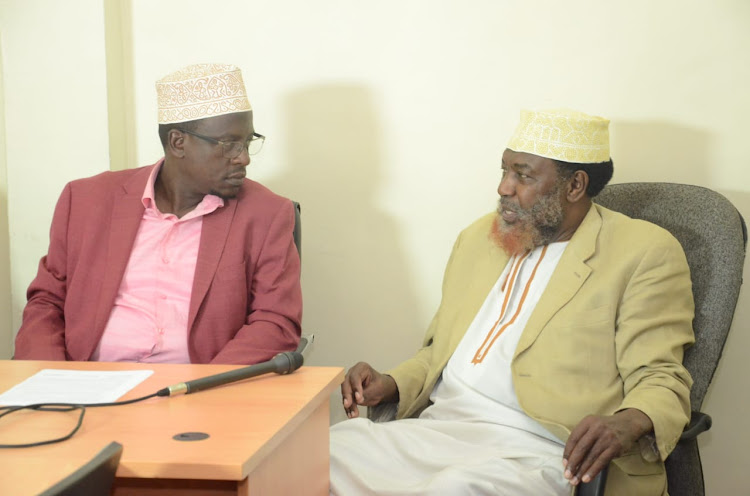 Muslim leaders want a mosque that was demolished by the Kenya Railways in Kibos, Kisumu, rebuilt in 30 days.

The demolitions, which were carried out on February 5, also left more than 3,500 people homeless.

The Supreme Council of Kenya Muslims said the demolitions were carried out at night without any prior warning given to residents.

"We are signatories to the UN Convention on Evictions which requires that evictions be done in a humane manner. This includes that they [demolitions] should not be done at night," Supkem chairman Hassan ole Naado said.

He said the demolitions offended the Islamic faith.

National Muslim Leaders Forum deputy chairman Yusuf  Mwigu said, “I did not expect the government to demolish a place of worship. I hope they build a mosque at the same spot to show that they know they have made a mistake.”

The clerics also want those displaced resettled and be issued with title deeds.

The two spoke on Monday at the Supreme Council of Kenya Muslims offices in Nairobi.

The Kenya Railways said the mosque and other structures in the area were demolished to pave the way for the rehabilitation of the old railway line from Nakuru to Kisumu at a cost of Sh3.8 billion.

Last year, KR managing director Philip Mainga had issued a 90-day notice to residents living along the railway line to vacate as they reclaim land for the ongoing rehabilitation of metre-gauge railway. The notice period has lapsed, leading to the evictions.

In the notice, Kenya Railways had indicated that it would not bear liability for any loss or damage. But Kibos residents dismissed the notice, claiming that they had relevant documents for their land.

They said the unnamed ambassador is trying to cause confusion in council's leadership.
Counties
1 year ago
by NURU SOUD
News
09 February 2021 - 23:00