He over-identified with his clients' cause, gave several TV interviews and was invited to the thanksgiving service in Nakuru. 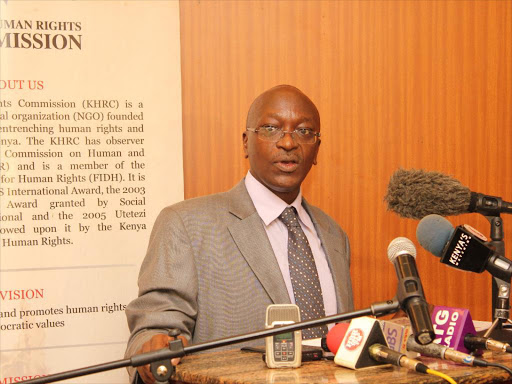 Karim Khan is obviously a good lawyer and has proved himself.

Domestically in the UK, he is a Queen’s Counsel and has taken on senior roles, including defending William Ruto and Joshua Sang' and other international assignments at the ICC and elsewhere. That is not in question.

However, his candidature for the ICC prosecutor’s role is problematic on a number of fronts, with specific regard to his role in the Kenyan cases. The Ruto-Sang' case was declared a mistrial and not an acquittal. This means it can be revived if more evidence is uncovered.

The court specifically stated that there had been a serious case of witness intimidation and tampering. In fact, at the moment, one of the suspects for witness tampering – lawyer Paul Gicheru – has surrendered and the case is ongoing. We have a situation where a case Khan defended has three individuals who have been accused of witness tampering, including Gicheru, and is still outstanding.

If Khan becomes prosecutor, he will be the key decision-maker on the fate of those cases. How will he handle them? It is a key concern for victims as well as the people who worked for them.

What would happen if Khan became prosecutor, fresh evidence uncovered and the Ruto-Sang case reopened? Would he be objective in making the decision to either reopen or not prosecute?

The second problematic issue with Khan is that although one should not be judged based on the cause of their client, he went beyond being just a defence counsel for Ruto and Sang. He over-identified with his clients' cause, gave several TV interviews and was invited to the thanksgiving service in Nakuru after the case ended where he addressed a rally.

If I was the one deciding who the next prosecutor should be, I would have a problem with someone who conducted himself in such a manner.  A prosecutor should not only be a woman or man of integrity but also a person whose objectivity is beyond question.

The human rights activist and lawyer spoke to the Star

Gicheru shall provide Sh1m financial security to the ICC Registrar.
News
2 months ago

Many states under investigation before the ICC have not developed justice for victims to complement the ICC.
Siasa
5 months ago
by NJONJO MUE
News
09 February 2021 - 05:00