• Muturi backers want to package him for presidency race in 2022.

• House speaker has been busy holding meetings and taking baby steps towards a bid. 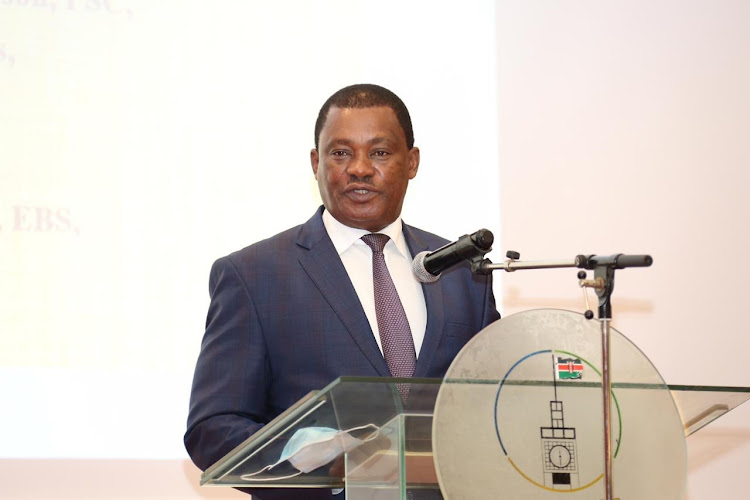 Details have emerged of a fresh push by Mt Kenya leaders for National Assembly Speaker Justin Muturi to succeed President Uhuru Kenyatta as the region's supremo.

The Star has also established that those backing the speaker are also going flat out to package him as a 2022 presidential candidate.

The idea is that the 64-year-old speaker is "a safe pair of hands to bring the community together'.

Several MPs, not only from the speaker’s Mt Kenya East backyard but also from other counties in Central, have joined the push.

The feeling is that it is time their 'cousins from the West' returned a helping hand and supported a leader from the East.

The Star has further learned that Speaker Muturi has been busy lately, ostensibly buoyed by the pressure to vie for kingpin - at least.

His first public appearance after a lull was at the Saturday's Sagana meeting, the last having been the burial of former Cooperatives minister Joe Nyagah.

However, the speaker was not present when President Uhuru Kenyatta signed the tax laws Parliament had just passed in a special sitting a day before.

The Star has reliably established the National Assembly boss was involved in events in his backyard towards consolidating the vote bloc.

The Star can authoritatively report the Kiama Kia Ma (Agikuyu Council of Elders) hosted Muturi at their residence where the succession plan was discussed.

An elaborate plan was presented to present him as the region’s spokesman anytime next month.

After the Sagana event, they held a four-hour meeting with the President, panicking those aiming to be named kingpin.

The Muturi development will intensify Uhuru's dilemma in appointing a successor to steer the region’s interests after he exits office.

We are positioning him as a would-be successor but as we move along we will be able to know where to go.

This could signify they'd prefer a running mate from Mt Kenya, hence the jostling.

Even as the President moved to consolidate his base, the succession intrigues have narrowed to infighting between two senior members of his Cabinet – one from Mt Kenya East and the other from Mt Kenya West.

The tension played out on Friday night to the extent that there was an attempt to lock Muturi out of the Sagana meeting.

Muturi was not invited by the organisers — largely civil servants — but it now turns out he was to be in the programme and the President wanted him to attend.

The seating arrangement also did not factor in the Speaker’s presence. His seat was later placed behind the President.

As the third in command, it was expected his seat would be beside the President.

Instead, Uhuru was sandwiched between Cabinet secretaries Kagwe and Munya.

A senior official who was at Sagana and well aware of the intrigues told the Stat on Sunday the infighting led to alteration of the programme. Only grassroots leaders and the President addressed the gathering.

Kagwe was to speak for Mt Kenya West, Munya for the East and then Muturi was to invite the President to speak. This plan was shelved.

Nakuru Governor Lee Kinyanjui was in charge of his counterparts, a role that would ordinarily be handled by Nyandarua Governor Francis Kimemia.

It was expected that the meeting would end with the crowning of an interim kingpin but that never materialised.

President Kenyatta thus restated he was still in charge and that he’d continue leading the region at the negotiations table.

Though the President says he’s still in charge, pundits say the region faces a leadership vacuum after his retirement.

“From these events, many of us are recognising to the reality that succession politics is complicated and a more acceptable candidate across the board needs to be propped up,” an official said.

Since no one was named as earlier planned, Muturi’s camp believes he has the skills, experience and support s to lead the region after the President retires.

They cite his acceptability seen whenever he called the region’s leaders to a meeting – a recent one where he hosted Kimunya, Munya, Kenneth and other leaders for lunch.

Those fronting Muturi say that being the third in command, he is best placed and well above the Cabinet secretaries.

“We are positioning him as a would-be successor but as we move along, we will be able to know where to go," Mbarire said.

The ex-deputy Majority Whip said they will be studying the support patterns for other candidates before making the final move.

“As we move along, I am sure he will be listening to what the leaders have to say. We also want to make our interests known to him. He should expect people to be talking to him," Mbairie said.

She said Muturi is their favourite because of his wealth of experience and his good relations across the board. He is not an extremist and has not rubbed people the wrong way, she said.

“He is readily acceptable. Look at how he has run Parliament, keeping members together despite the divisive politics. He stands to bring us together as a region,” Mbarire said.

In recent media interviews, Muturi said he will neither run for Embu governor nor seek a running mate position. He asked, “Why not President?” 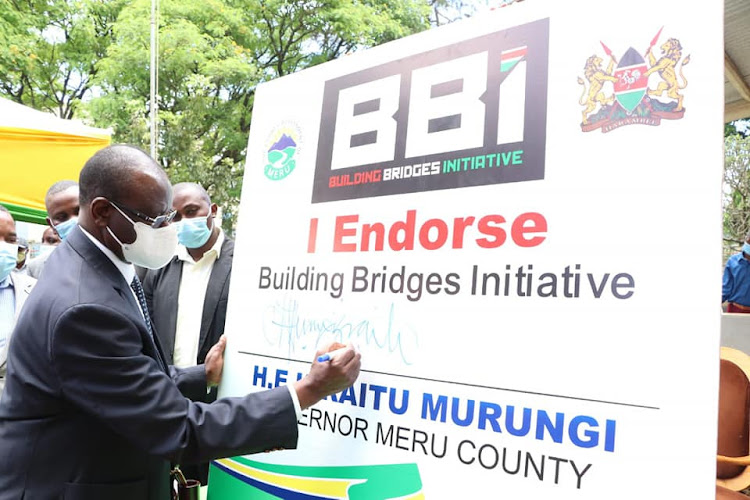 Muturi and Meru Governor Kiraitu Murungi are the senior most politicians from the Mt Kenya region - in the absence of President Kenyatta.

However, the Meru governor is said to be keen to retaining his gubernatorial seat, leaving Muturi as the region’s most viable option in the succession battle.

Ndaragwa MP Jeremiah Kioni said jostling was unnecessary as the community still has a spokesperson and kingpin.

“In our region, we are not in the habit of installing people and I don’t expect that to happen this Saturday," he had said, referring to the conference.

“Political spokespeople just naturally appear by the way they conduct themselves and the leadership they give without being called to do so,” Kioni said.

Long-serving Maara MP Kareke Mbiuki told the Star, "It is time for another region within the Gema community to offer leadership.

“As we approach 2022, and beyond, we need to have groomed a leader who can negotiate stakes on behalf of the community,” he said.

Mbiuki said Muturi can thus be the Gema nation representative to negotiate with other national leaders to form a government.

"It is not being tribal and we continue supporting  Uhuru until he completes his term.

“We have no problem engaging like-minded persons once President Kenyatta exits. We are not waiting for him to anoint anybody. We are not being selfish.”

Mbiuki said they fear that beyond 2022, “The centre may not be holding for Mt Kenya.”

His Kabete counterpart, Githua Wamacukuru, said, “I don’t know if there is such a plan but I can say Muturi is a good leader.

“He is a man of the people. We love him, even in Parliament. He is accommodative, hence, would be easy to sell to wananchi,” the MP added.

He is a man of the people. We love him, even in Parliament. He's  accommodative, hence, would be easy to sell to wananchi.

Kamau wa Njoroge of the Kiama Kia Ma Kikuyu Council of Elders said everybody in the country has a right to occupy the top seat.

“One only needs to convince the people that he is able because power is with the people. And yes, Muturi is fit; very capable and is not tainted in any way,” the elder said.

“People want him to take the mantle of leading our country. Those others are bloated. His time is now.”

Kirebu said that once the speaker comes out to declare his bid, the other bigwigs will have to listen to him.

Muturi has worked with President Daniel Moi and later was  chairman of the Public Investments Committee during Mwai Kibaki’s first term.

Mugambi Imanyara, a renowned lawyer, said whatever is being touted would depend on the speaker’s decision.

Political analyst Dennis Nthumbi said it was time Mt Kenya backed a leader from the East.

“The Kikuyu may also want to take a break and organise their internal affairs and, therefore, for the first time perhaps let the able Embians…lead them for a century.”

It is not the first time a son of Mbeere, where Muturi hails from, is being considered as a possible successor in Mt Kenya politics.

Jeremiah Nyaga, a longtime ally of Mzee Jomo Kenyatta was considered in the Mt Kenya succession battle even as their kins from Mt Kenya West lobbied to get one of their own appointed by President Moi as the Vice President.

The confusion in Mt Kenya linked to succession politics and the BBI.
News
5 months ago