• Tourism CS Najib Balala said this after he was forced to defend the recent appointment of supermodel Naomi Campbell as Magical Kenya’s international ambassador instead of Lupita.

• Balala told the Nation that his ministry had unsuccessfully tried to get in touch with Lupita for five years now. 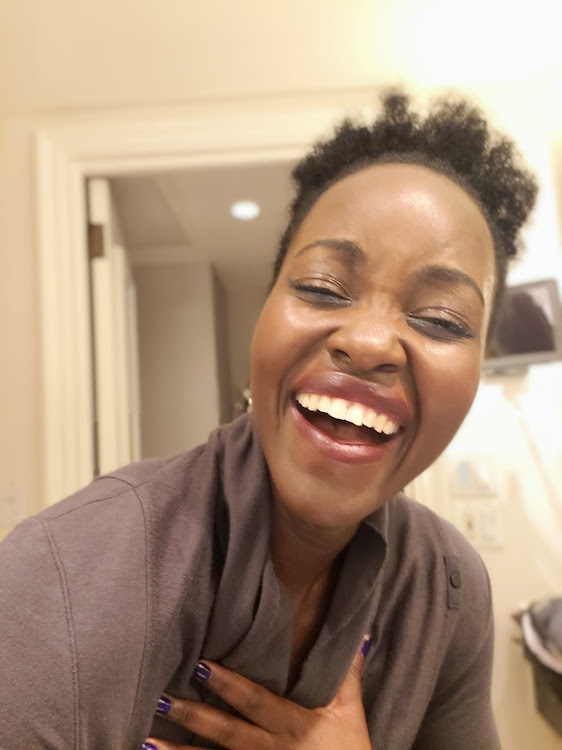 Award-winning Kenyan Hollywood actress Lupita Nyong’o has laughed off claims that Kenya has been looking for her for five years.

Tourism CS Najib Balala said this after he was forced to defend the recent appointment of supermodel Naomi Campbell as Magical Kenya’s international ambassador instead of Lupita.

Balala told the Nation that his ministry had unsuccessfully tried to get in touch with Lupita for five years now.

“I know everybody is asking why not Lupita. Lupita has commitments and her managers cannot allow us to access her. We’ve spent the last five years looking for Lupita,” Balala said as quoted by the Nation.

But on Friday, Lupita posted a picture of her heartily laughing at those claims made by Balala.

"Me when I hear the Kenyan Ministry of Tourism has been looking for me for fives years. #Imrightherebaby #alternativefacts," she said in a tweet.

Her comment attracted mixed reactions from all over the world.

Here are some of the comments;

Maybe they were trying to communicate through smoke, blowing horns, and beating drums. Or maybe they sent a messenger on foot to the USA. If that is the case, wait for 7 more years for it takes a slave 12 years to walk from Kenya to the USA.

Most likely they thought you'll not respond to the allegations that you have been inaccessible or the one who was tasked to reach appeared to doing so while not reaching out to you!

Wacha hizi @Lupita_Nyongo ... Patriotism means flying your flag high sio lazima @tunajibu akupigie simu. I knew umetuacha when you chose to go to the South African premiere of the movie #BlackPanther instead of jetting here and rescucitating our dying movie going culture

The kind of grammar being displayed here is the real reason why she was neither accessible for a whole 5 years and why she isn't our Magical kenya ambassador...Najib should just comfirm which one of the above.

Hahaha. Laugh my dear. Coz we don't understand them. I wish they truly approached you with their proposal, maybe you would consider and work out something.

Na ubaki Wakanda...Forever. Too bad you missing out on the Ksh. 2 billion daily fallout from the "Kenyan Ministry of Health".😇😎

Perhaps Lupita was not keen on taking the job? Also, saying Balala should have called her dad makes me wonder...is she 12? She's a grown woman, well able to decide what calls to take.
Pia...if she'd taken this job there'd still have been things to say to discredit her, no?🤷🏾‍♀️

Lupita owes us nothing. Most of you would leave this country & never look back the minute you leave JKIA! Patriotism in a country that never appreciates its own, a country that cannot pay doctors & teachers but the President proudly says we are losing 2 Billion Kshs everyday? pic.twitter.com/e2tmN9f1lo