• A team of 50 NYS officers has been spraying the locusts since January 4 using hand sprayers. 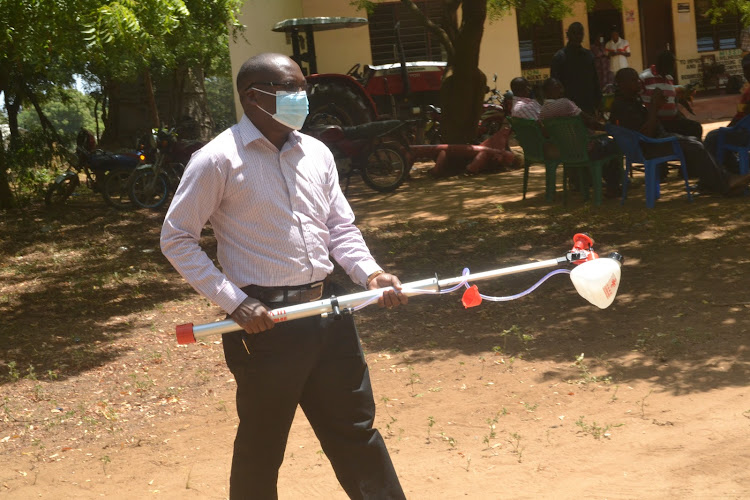 Kilifi chief officer for Agriculture and Livestock Fredrick Kaingu with one of the new modern hand sprayers to be used to eliminate desert locusts in Magarini.
Image: ALPHONCE GARI 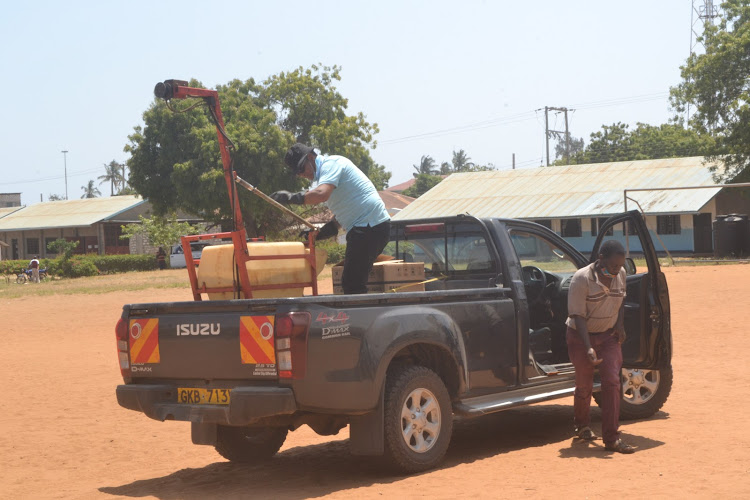 Vehicle-mounted sprayer that can cover 50 metres. It will be used to eliminate desert locusts in Kilifi county.
Image: ALPHONCE GARI

The Kilifi government has received better equipment to help speed up the elimination of desert locusts that invaded the county late last year.

The county got a vehicle-mounted sprayer, motorised sprayers, pressure sprayers and hand sprayers to complete the operation in infested areas within 15 days.

County officials said the equipment will complement the existing equipment being used by 50 National Youth Service officers who have been on the ground spraying the locusts since January 4.

This is after the officials found that the locusts had hatched, with new breeds being very devastating as they feed a lot.

County chief officer for Livestock and fisheries Fredrick Kaingu said the new equipment uses modern technology and is able to cover a longer distance of about 50 metres.

Speaking in Gongoni during the official handover of the equipment by the Food and Agriculture Organization (FAO) and the national government, he said the equipment will speed up the war on the locusts.

"We have also received modernised hand sprayers that can spray up to 30 metres, and those are in our custody," Kaingu said.

They had been using the sprayers that could only cover a 10-metre distance. However, with the new equipment, they will be able to eliminate the locusts much faster.

The operation has covered about 60 per cent of the total target of 1,200 hectares. Kaingu said since they started the operation, the response on the ground has been positive as farmers are very happy and have welcomed the efforts by the county and national government.

Anthony Ngala, the coordinator of desert locusts in the county, said since they started, they have been relying on the NYS, but with the arrival of the more sophisticated weapons, the operation will be faster and effective.

Ngala said the density of pests was very high in Ndzovuni area of Gongoni, Magarini, but they were able to control them. They also controlled the pests in Marereni area near the border of Kilifi and Tana River county.

So far, the pests are in stage four. He said they will not allow them to reach stage five—the most dangerous stage.

"The equipment we have received uses ULV pesticide, that is ultra-low volume pesticide. This pesticide is not mixed with water," he said.