He had participated in disposal of a dead cow. 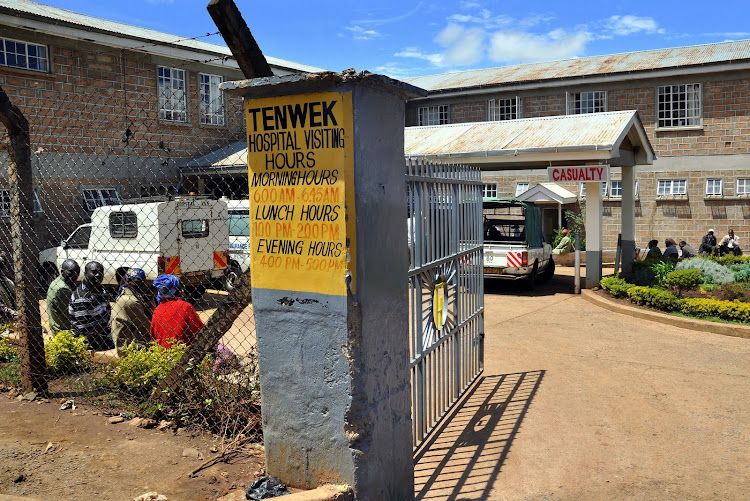 Fear has hit a village in Sotik after a man died while six others were hospitalised after allegedly coming into contact with the carcass of an animal suspected to have died of anthrax.

The 60-year-old man from Itoik village died early Tuesday morning at Kaplong Mission Hospital where he was receiving treatment.

He is said to have participated in disposing the carcass of the cow.

It is, however, unclear whether the group feasted on the animal. Health officials said the deceased had pale wounds, a sign suggesting he may have consumed the meat.

The six who are admitted to Tenwek Hospital in Bomet are out of danger.

According to residents, seven cows have already died in the area following suspected anthrax outbreak a week ago.

Kapkures chief David Langat confirmed the incident, saying the area is prone to cases of anthrax.

County director of veterinary Dr Wilson Serem confirmed the outbreak of the disease but was to quick to exonerate his office from any blame saying the cases were not reported to them.

Addressing the press, Dr Serem confirmed the area covering Kipsonoi and Mutarakwa are prone to the disease, saying every year cases of the disease are reported.

He said the vaccination of animals against the disease will start in the next one week.

“Anyone whose cow dies with symptoms that resemble anthrax should report to us immediately…they should not touch it to avert infections and deaths,” Serem said.

On Wednesday morning, public health officials and the Kenya Red Cross team visited the area to sensitise locals against coming into contact with dead animals.

Post a comment
WATCH: The latest videos from the Star
by FELIX KIPKEMOI Political Reporter
News
20 January 2021 - 05:00
Read The E-Paper