• Kananu to be vetted on Friday

• ODM will nominate Ongoro to deputise her 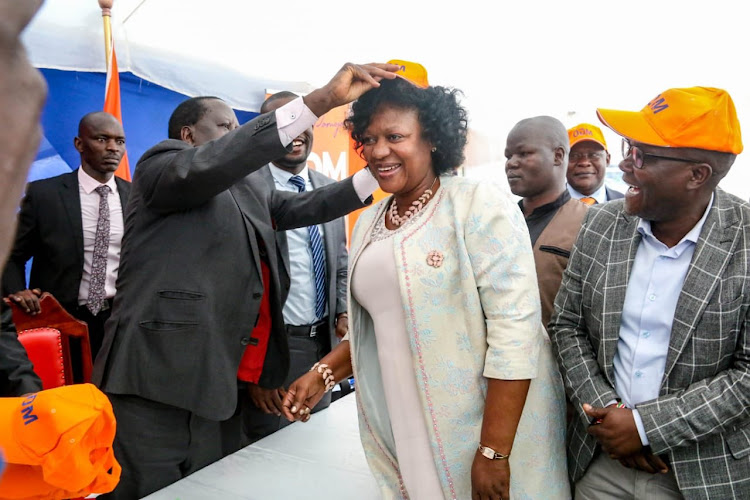 Former Kasarani MP Elizabeth Ongoro could be the next deputy governor for Nairobi, in a power plan that could hand Kenya the first woman pair at the helm of a county.

In the deal, Anne Kananu once vetted and cleared by assembly for the deputy governor position would take over impeached Governor Mike Sonko’s job.

The scheme has been hatched by handshake partners President Uhuru Kenyatta and ODM chief Raila Odinga.

On Thursday, even before a petition challenging the vetting of Kananu — Sonko’s nominee — was withdrawn, the Star exclusively reported that there could be no by-election in Nairobi.

The vetting of Kananu by the county assembly is set for Friday.

After her vetting and approval, Kananu would be sworn in as deputy governor before eventually taking over as the governor.

Sources said Uhuru and Raila have agreed that ODM and Jubilee will share the slots, in a brave show that the handshake remains strong.

ODM, it’s understood, have settled on Ongoro, a diehard Raila supporter who served as assistant minister for Nairobi Metropolitan Development during the Grand Coalition government.

However, Deputy President William Ruto’s allies have rejected the vetting of Kananu as illegal.

In 2013, Ongoro had a falling out with former Starehe MP and Nairobi governor candidate on Ruto’s UDA party Bishop Margret Wanjiru. Ongoro called Wanjiru an academic dwarf after her degree papers were questioned by the electoral agency.

Ongoro had launched her campaign for the Nairobi Senate seat and was the front-runner within ODM, but the party handed Wanjiru the ticket after she was declared ineligible to run for governor.

Before the Kananu avenue to power became apparent, ODM had lined up several candidates to deputise the Jubilee candidate for the seat.