Eighty per cent of learners back in school - Magoha

The government has released Sh18 billion to primary and secondary schools. 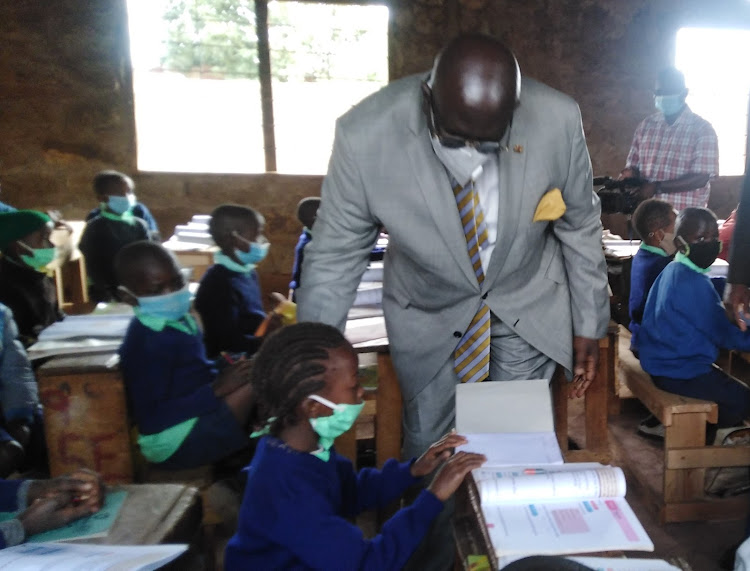 Eighty per cent of learners had reported back to school by Tuesday, Education CS George Magoha has said.

“Reports that only 50 per cent of students reported to school are untrue. The rate of reporting is very good, and I hope by Thursday, all students will be back to school to continue with the journey,” the CS said.

Magoha said, however, Coast and Northeastern regions recorded low student reporting rates. He said those still at home should be persuaded to go back to school.

Schools were reopened for face-to-face learning in all classes on Monday after a nine-month closure due to Covid-19.

Magoha said the government has released Sh18 billion to primary and secondary schools.

The money is part of the capitation for free primary and free day secondary education to public schools across the country. Of the cash, Sh4 billion will go to primary schools and another Sh14.4 billion to secondary schools.

The release of the funds will be a relief to school heads who had warned over a possible halt of operations for lack of finances.

The Star has established that wages for teachers employed by the boards of management and other non-teaching staff stalled since November last year. Water and electricity bills were also unpaid.

Principals, who sought anonymity, told the Star that learning institutions had started the academic calendar without basic utilities such as chalk and pens for teachers.

The CS spoke on Tuesday at Kianjau Primary school in Kiandutu slums, Thika, in Kiambu county. The CS visited the school to monitor progress and preparedness after Monday's reopening.

In Thika, Magoha said students from private schools that had completely shut, were being admitted to public schools.

“Yesterday evening [Monday], we released funds for both primary and secondary schools so that schools don’t suffer financially. Again, anybody who is bold enough to chase a child away from school because of development fees shall be dealt with vigorously and severely without fear or favour,” the CS said.

On the distribution of desks, the CS said the government was satisfied with social distancing in classrooms. He said schools with desk challenges should call on the government to chip in.

Magoha said desk suppliers have been paid and are continuing to procure more desks to address the challenge if the need arises.

“We released Sh40 million to pay suppliers of desks. Our aim is to ensure students do not share desks,” he said.

Magoha said students whose schools were shut after being completely submerged by floods in Baringo and Lake Victoria have been admitted to other schools or newly refurbished ones.

The CS said the government has helped some schools procure land to rebuild to avoid such incidents in the future.

He urged teachers to take lessons outside classrooms to allow for adequate social distancing in a bid to curb the spread of the coronavirus.