As of Wednesday, 34 nurses had died of Covid-19 with another nine clinicians also succumbing to the virus. 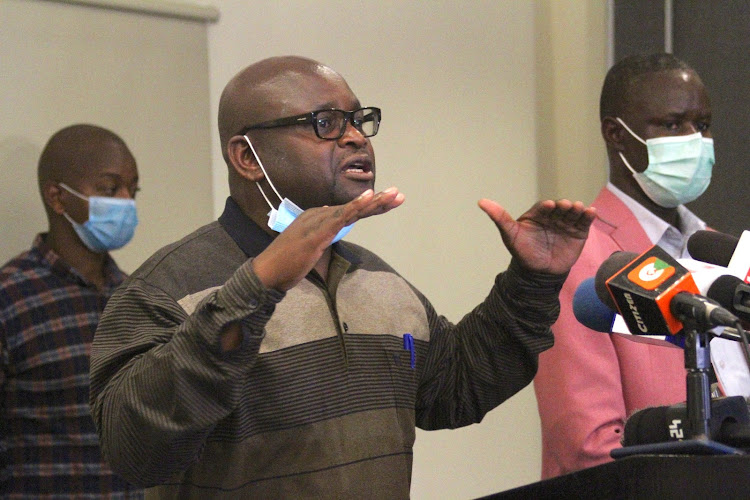 Striking healthcare workers have accused the government of publicising their industrial action instead of looking for an amicable solution.

They have warned that Covid-19 infections could rise if the government does not urgently address their grievances.

The medics said next week's full reopening of schools and with Kenyans coming out of the festive season could likely cause an upsurge in cases.

The nurses and clinical officers have been on strike for 24 days. Talks to end the work boycott have stalled.

As of Wednesday, 34 nurses had died of Covid-19 with another nine clinicians also succumbing to the virus.

“This is the only CS who has never met this union. You write letters, you want a consultative meeting or a courtesy call, it is cancelled. Then he says we are contracting Covid-19 in bars,” he added.

The healthcare workers are demanding quality and standard PPEs, comprehensive medical cover, risk allowance, hiring of more medics and dedicated health facilities per county for those who contract Covid-19.

Panyako said the nurses will not be going back to work until the government lays bare the evidence of medical cover provided by each county government.

He said only nurses in counties that have met the demands will be allowed to resume duty. 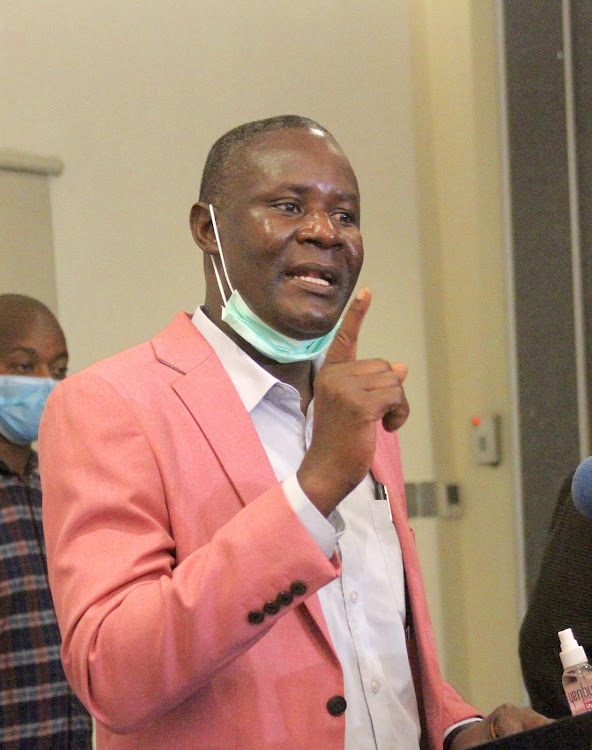 “Please don’t politicise our issues. We have lost 34 nurses and that is not politics. That is not just numbers. It is lives of mothers, grandmothers and sisters who have dependents to look upon,” KNUN deputy secretary general Maurice Opetu said.

He added: “You have called us murderers and that has come from the mouth of a very senior leader in this nation. You have told us that we are not dying from Covid, we are dying from infections we are getting from bars. We want to tell you we can forgive each other at this time; we all tone down, and come to the table and reason as Kenyans.”

The nurses have threatened to withdraw their services at the Kenyatta National Hospital and Moi Teaching and Referral Hospital from Monday.

Both are referral facilities managed by the national government.