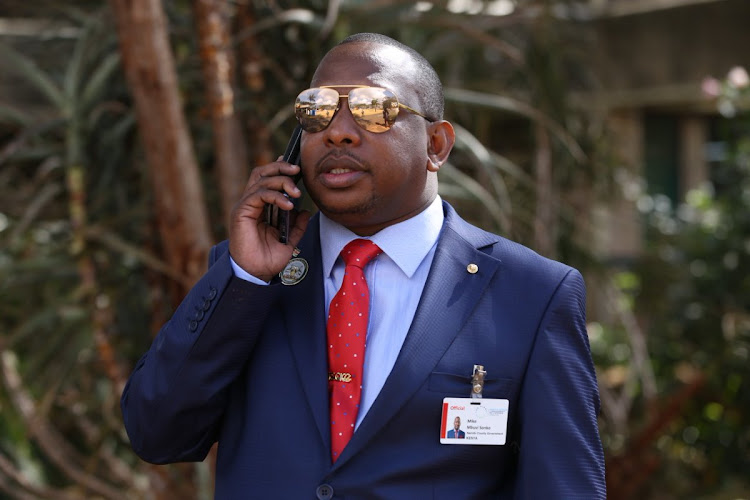 The voting pattern of the 47 senators was predictable, given it was influenced by political alliances.

Former Kiambu Governor Ferdinard Waititu, a key ally of the DP, was also kicked out in a similar dramatic fashion in January.

Ruto allies alleged that the ouster was state-sponsored, with some terming it an assault on devolution.

Hardly an hour after Sonko’s impeachment — minutes to Thursday midnight — the Government Printer published a notice making it official the governor had been impeached.

This paved way for the swearing in of speaker Benson Mutura as acting governor.

Mutura will act for 60 days before Nairobians head to the ballot to elect a new governor as Sonko has not had a deputy since Polycarp Igathe resigned in january 2018.

“If there was ever any doubt that Sonko’s impeachment, like Waititu’s, was state-sponsored, see how quickly they published the Gazette Notice, within minutes of his impeachment, crooks! We put up a fight but fell short. We live to fight another day. I have no doubt a time is coming!”Nakuru Senator Susan Kihika protested.

“I tried my best to fight for devolution in Nairobi county but we were outnumbered by cowards and blind followers of parties. My friend Mike Sonko fought very hard for this government to be but at the end, this is the reward they give. Don't be shaken better days are coming, “tweeted Meru Senator Mithika Linturi.

Its speculated that Sakaja feared a backlash from Sonko’s supporters — whom he is banking on to power his future political ambitions—from seeing him as “dancing on the governor’s grave”.

Sakaja himself plans to run for Nairobi governor in 2022.

Mutula who is also the Minority Whip in the Senate hails from the same Ukambani region as Sonko.

But right from the county assembly, the removal of Sonko took close collaboration of Raila and Uhuru allies.

Sonko is said to have crossed the red line through constant actions aimed at frustrating operations of the Nairobi Metropolitan Services. This included denying it funds.

Besides fighting NMS, Sonko would also launch scathing attacks on President Kenyatta, saying he is not afraid to be impeached.

On Thursday, he apologised for attacking the President but his apology appeared to have been too little too late.

If impeached, Sonko can run in by-election

Sonkonization of Kenyan politics: The rise and fall of Mike Sonko

Sonko is leaving the scene in the same manner and drama that he came in with.
Siasa
1 year ago