Eburu forest under threat due to increased illegal activities

It offers great hiking and trekking opportunities, plus picnic spots and wildlife spotting 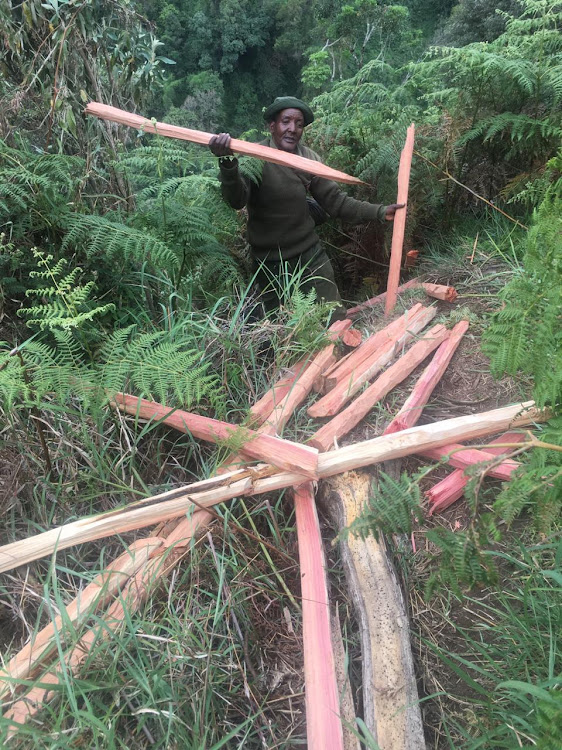 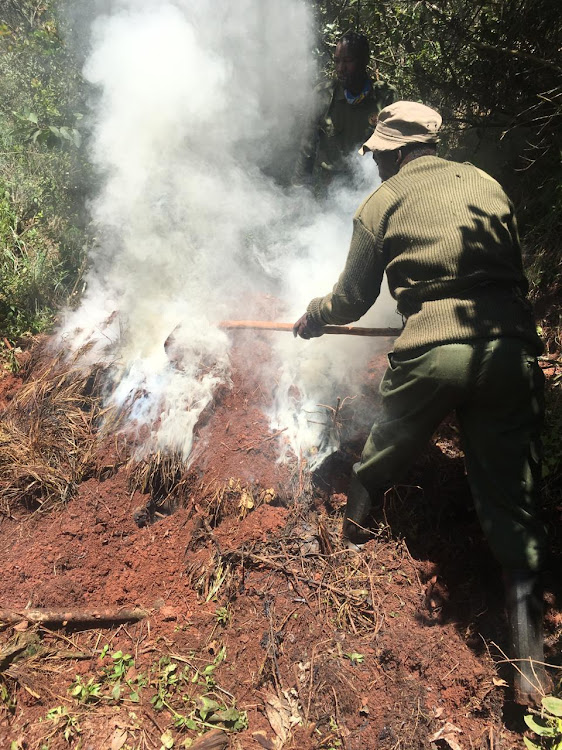 “At the same time, KFS has reduced income due to the moratorium impacting on its operations,” Lambrechts said.

He said the most prevalent illegal activities include charcoal kilns, neck snares, marijuana plantations and logging of poles for construction.

Lambrechts said his organisation is trying to address the challenge.

“To address this, we are fundraising to support community-based patrols that complement the efforts of Kenya Forest Service and Kenya Wildlife Service,” he said.

Rhino Ark is a charitable trust concerned with the holistic approach in the conservation of mountain forest ecosystems that comprise Kenya water towers.

The charitable trust  has also been helping the community with alternative sources of livelihood such as poultry keeping, beekeeping among others as one way of easing pressure on forest resources.

The mountain bongo is found in parts of the Aberdare and Mt Kenya forests east of the Great Rift Valley and in small numbers in the Mau Forest.

Photographic evidence of the species in Eburu forest was collected by the bongo surveillance unit in 2010.

The bongo is large, reddish-brown forest antelope with narrow white stripes (12-14) running vertically down its back. It has a dorsal mane that erects when alarmed.

Over the past six months, 60 neck snares and leg traps have been dismantled, 30 charcoal kilns discovered and destroyed, and a number of pole, rafter and illegal firewood harvesting points.

On July 8, 2019, KWS launched a National Recovery and Action Plan for the mountain bongo in Kenya (2019-2023) at the scenic Mt Kenya Wildlife Conservancy in Nanyuki, Laikipia county.

During the launch, Tourism CS Najib Balala said the goal of the plan was to grow the current population from 96 in the wild and 77 in Mt Kenya Wildlife Conservancy to 750 in 50 years, by prescribing specific actions aimed at addressing the threats facing the species.

Bongos are mostly nocturnal but occasionally are active during the day. Adult males normally avoid each other. Their encounters are characterised by ritualised sparring using their horns.

Bongos reside in the impenetrable forest with dense undergrowth up to an altitude of 4,000 metres.

Their food mainly comprises foliage of young trees and bushes, as well as decaying wood from fallen trees and rotten fruits.

Bongos use their horns to dig up roots and sometimes stand on their hind legs to reach for vegetation.

Young bongos are vulnerable to pythons, leopards and hyenas, while lions kill adult bongos for meat.

The greatest threat to the species, however, is humans, who hunt the animals with dogs and snares. Bongos are also susceptible to diseases such as rinderpest.

The Mau Eburu Forest has an electric fence that is 43.3km long and provides the basis for a multi-faceted conservation strategy.

The forest has six nature trails and offers great hiking and trekking opportunities, plus picnic spots and wildlife spotting.

Species to watch for include forest birds such as Hartlaub’s turacos and crowned eagles while he forest mammals include black and white colobus, blue monkeys and the bushbuck.

Was put up to reduce human-wildlife conflict, conserve forest.
News
2 years ago

Damage exposed those adjacent to forest to wildlife attacks.
News
2 years ago