Officer shot by bandits in Meru succumbs to bullet injuries

Ten are still nursing wounds but were discharged in stable condition.

• Shambi read the Riot Act to the attackers, saying they must surrender all illegal guns in their possession and every bullet that shot the officers must be accounted for. 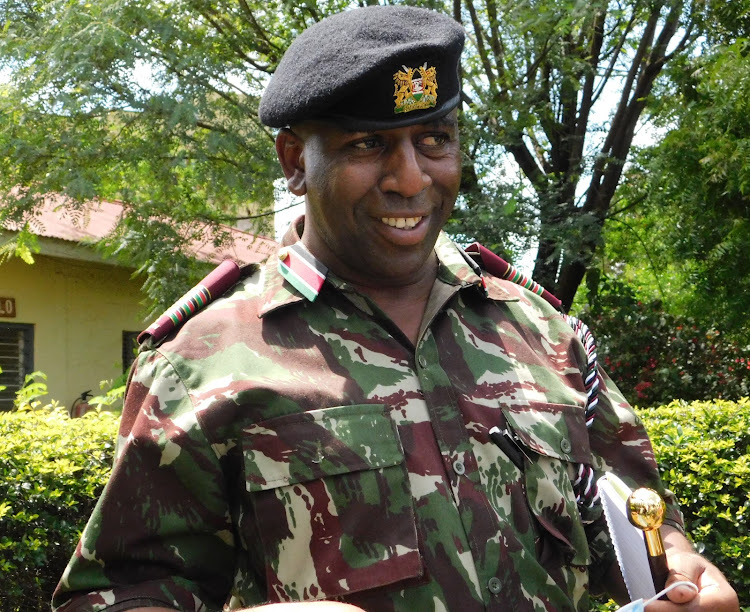 One of the 11 police officers shot by bandits in Meru last week has succumbed to his injuries.

Isiolo county commissioner Herman Shambi said the officer died at a Nairobi hospital. The other 10 are still nursing bullet wounds but were discharged in stable condition.

Shambi read the Riot Act to the attackers, saying they must surrender all illegal guns in their possession and every bullet that shot the officers must be accounted for.

“We think there was a sinister motive behind the ambush. We have launched a manhunt and an intelligence-led operation to disarm is ongoing. We have some names. It saddens to see innocent peacekeepers being ambushed and one of them losing life. We must go for them (criminals) where they are hiding,” he said.

Shambi said the bandits should not hide or cause disharmony in the name of an ethnic group. He appealed to residents to cooperate and ensure the illegal guns are surrendered.

“The KDF is not involved in the operation as claimed. People should keep calm and not be deceived by bandits. We want those who were involved because the ambush took more than two hours.

"Residents know those who committed the offence. An officer died and others were discharged. The officers were on patrol, not even a recovery mission. Their blood won’t go in vain. Those guns are to hurt innocent residents or some more officers,” Shambi said.

The operation is to flush out and disarm suspected bandits said to be from Turkana. They exchanged fire with the officers at Makinya in Igembe North, Meru.

General Service Unit officers from Mariara, led by Corporal Geoffrey Simiyu, were patrolling the grazing zones when about 300 rustlers ambushed them on November 13.

Bullu based Anti-Stock Theft Unit officers rushed to the scene to provide backup but were accosted and six of them sustained injuries.