Negative-conversing rate with a nucleic acid test on the tenth day reaches 96%.

• Dr Deng Changsheng said that up to date, there 25 effective cases in total.

• The project team is applying to state competent authority for listing the drug as Covid-19 clinical trial treatment. 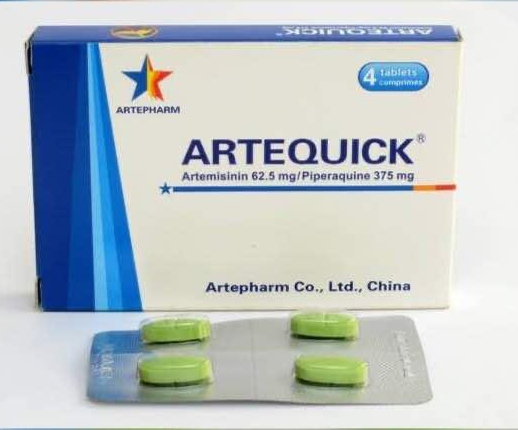 The world is yet to give 100 per cent vaccine to the deadly novel coronavirus, and a number of researchers are on the race to come up with vaccines, almost a year since the virus was first confirmed.

A glimpse of hope has hit the world not once but twice this month of November, following the effectiveness of two drugs that have been proved in its latest trials to be in a position to prevent the virus.

Pfizer Inc said last Wednesday that final results from the late-stage trial of its Covid-19 vaccine show it was 95 per cent effective, adding it had the required two-months of safety data and would apply for emergency US authorisation within days.

Another vaccine US company Moderna proves that it is nearly 95 per cent effective from Covid-19 protective, early data shows.

As all eyes are set on Pfizer and Moderna, researchers in China have not been left behind.

Artemisinin and Piperaquine Tablets (brand name Artequick), which has for many years has been used as an antimalaria drug in many countries across the world is also closer to being listed among the virus vaccines.

Dr Deng Changsheng, from Guangzhou University of Chinese Medicine Artemisinin Research Center, presented that when the outbreak of the epidemic occurred, based on the research foundation of Artequick to prevent and control malaria and its extending application.

Guangzhou University of Chinese Medicine Artemisinin Research Center cooperated with Guangzhou Institute of Respiratory Health and other scientific and medical teams to further extend AP tablet, which owns the independent intellectual property and is sourced from Guangdong Province, in the clinical research of Covid-19 treatment and explore effective approaches with Traditional Chinese Medicine and Artequick.

It was stated that the AP tablet to treat the Covid-19 Emergency project undertaken by SONG Jianping, Director of Guangzhou University of Chinese Medicine Artemisinin Research Center, and his team was projected by Sci-tech Research Emergency Special of Guangdong Province on March 9, 2020.

In this stage, any research or candidate vaccine has to be tested on large scale and successfully produce an immune response.

Dr Deng Changsheng said that up to date, there 25 effective cases in total.

In the second step, the manufacturer of the vaccine will be required to carry out a large volume of tests.

Also, this stage will be used by the regulator before allowing them to supply the vaccine across the world.

According to the AP manufacturer, its team will further extend the trial scope, integrate biomedical, and strengthen Guangdong Province.

Last stage: Approval from the regulator

After exhausting the first two stages, the manufacturer will seek approval from the regulator.

If approved, the vaccine will be licensed and released to the public.

So far, the drug has helped millions of people in malaria-endemic areas out of malaria harms across the world, bringing hope for the fast elimination of malaria.

Both companies used a highly innovative and experimental approach to designing their vaccines.
News
8 months ago
by KEVIN CHERUIYOT Online Journalist
News
22 November 2020 - 18:44