The first office holder, Edward Ouko, served and left without any package.

• Holders of the office of Auditor General will be entitled to retirement benefits like other state officers should Parliament approve the petition.

• Currently, the officer holders, after serving for a fixed term of eight years, are not entitled to any retirements benefits. 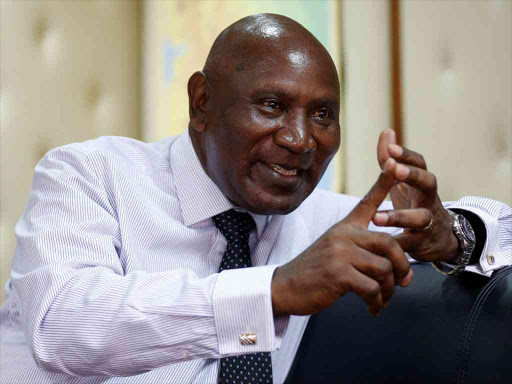 Holders of the office of Auditor General will be entitled to retirement benefits like other state officers should Parliament grant the prayers of a petitioner.

Dagorreti South MP John Kiarie has petitioned the National Assembly to establish a package for the Auditor General similar to that enjoyed by the Deputy President, Chief Justice and attorneys.

“There is need for parity in treatment as per the structure of government and the equivalent levels thereto by the inclusion of the Auditor General’s post-service benefits in the retirement benefits (Deputy President and Designated state officers Act),” Kiarie says in the petition.

Currently, the officer holders, after serving for a fixed term of eight years, are not entitled to any retirements benefits, unlike other state officers who enjoy such packages.

Kiarie said such discrimination risks compromising the independence of the office that plays the critical role of auditing of national and county governments, courts, commissions and independent offices, Parliament, political parties and accounts of other entities as required by law.

“The holders of the office must be given constitutional safeguards beyond a fixed term of service of eight years so that they are insulated from exigencies that may compromise their independence and integrity during their term in office,” he says.

The petitioner adds that personal and financial security of the outgoing Attorney General should be guaranteed and protected from potential retaliatory actions and safeguard the dignity of the office.

The first office holder, Edward Ouko, served and left without any package.

Later, Ouko disclosed that the government withdrew his security and benefits soon after he left the office in August 2019. He was replaced by Nancy Gathungu.

Kiarie asks the House to inquire into the matter with a view to recommending a retirement benefits package befitting the stature and risk of the office holder.

“The office holder can only serve as a tool in the checks and balances of public accountability and promote such accountability when it discharges the mandate independently and in a manner that inspires trust,” reads the petition.

Speaker Justin Muturi committed the matter to the House Finance and Planning Committee for consideration and appropriate recommendation.