• Court stops burial after woman claiming to be his mistress filed suit against the two widows, Lee Funeral Home. She wants court to order DNA samples be taken from the body and from her two children.

• She wants to be involved in arrangements and burial, along with her children. 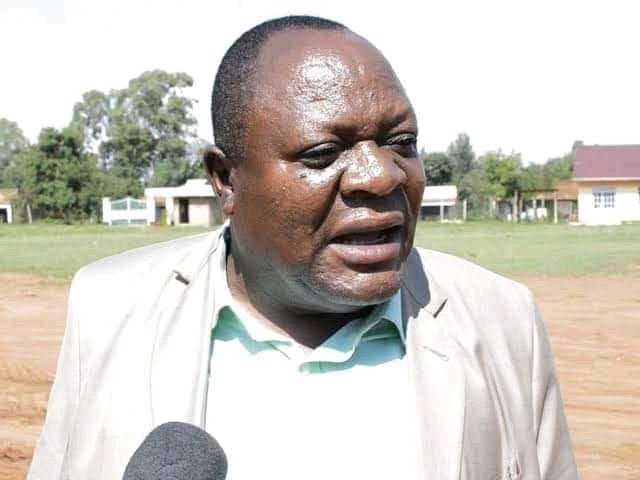 The burial of Matungu MP Justus Murunga has been blocked by a court until the paternity case filed by his lover is determined.

Magistrate Agnes Makau on Thursday issued an order stopping Christabel and Grace Murunga from burying, cremating or disposing of the body.

The two women are said to be his widows.

Makau granted the order after Agnes Wangui told the court she fears the two widows may try to lock her and her children from the burial arrangements and the actual burial.

Through lawyer Dunstan Omari, Wangui said she had been in a relationship with the lawmaker for seven years. They have two children, a boy, seven, and a three-year-old girl.

“Our first encounter was in 2013 when he was a supervisor at Embakasi ranching, while I was a businesswoman selling beverages and snacks within Sewerage area, Ruai," she said.

Wangui said they began a romantic relationship, she bore a child and Murunga rented a house for her in Ruai.

The relationship, court documents said, started to deteriorate in 2017 when Murunga won the Matungu parliamentary seat.

She wants the court to issue an order to collect DNA samples from Murunga and her two children to determine their paternity.

She also seeks an order that the body be preserved at the Lee Funeral Home until DNA samples have been collected in the presence of licensed pathologists appointed by both parties.

Murunga died on November 14 after collapsing at his home. He was pronounced dead upon arrival at the hospital. He had been diagnosed with Covid-19.

Wangui said he had recently sent her Sh1,300 for petrol and later Sh4,000 maintenance costs.

She said she is shocked by his death and wants to be involved in burial arrangements and the burial, along with her children.

Magistrate Peter Muholi will hear the case on November 26.